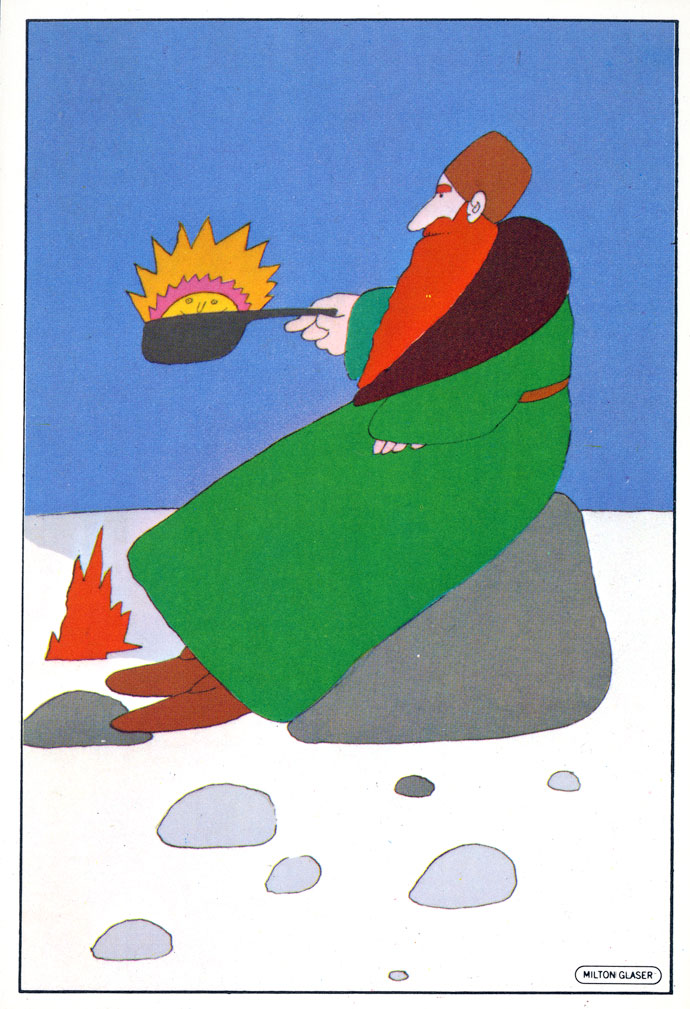 Perhaps you aren’t familiar with the fact that Peter the Great, the effective but tyrannical leader who expanded and modernized the Russian Empire in the late 17th and early 18th centuries, was a fan of Dutch cheeses and meats served with fruit preserves. You and Peter may have something in common. Milton Glaser created these postcards for the Russian Tea Room in the early 1970s; they feature the trademark he designed for the restaurant (see also his contemporaneous menu and matchbook). The RTR was founded in 1927 by former members of the Russian Imperial Ballet; despite numerous owners, bankruptcy, and closure from 2002-2006, the iconic restaurant retains its opulent interior.

Glaser works in a thin, uninterrupted line here, demonstrating the influence of Giorgio Morandi, with whom Glaser studied while on a Fulbright in Bologna. Glaser writes in Milton Glaser: Graphic Design (Overlook Press, 1973):

Morandi taught only hard ground etching with a needle, perhaps the most fundamental way of drawing outside of using a stick in sand – just a single unweighted, untextured line incised into a metal plate. I’ve never gotten over my surprise at the expressive capacity of such a simple technique. 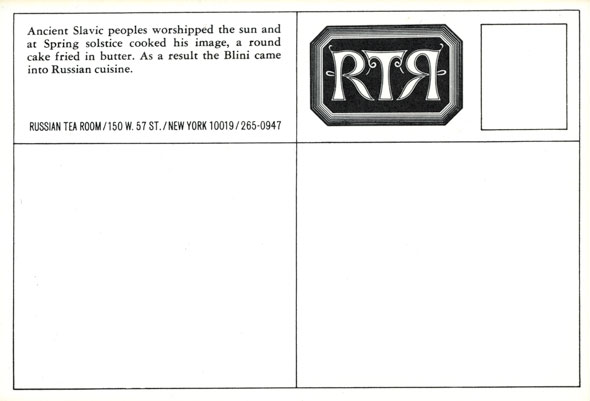 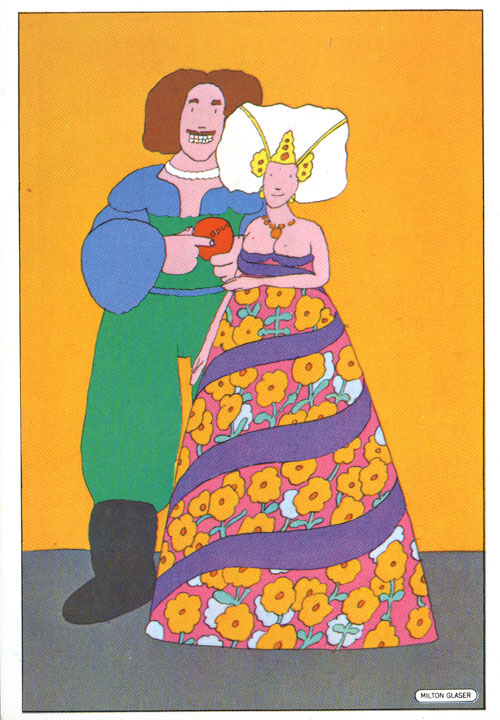 Milton Glaser Collection Box 94 Folder 5. Postcard for the Russian Tea Room, c. 1972. The softer side of Peter the Great. 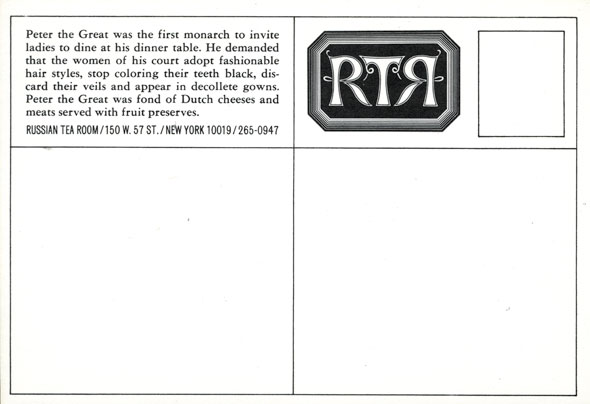