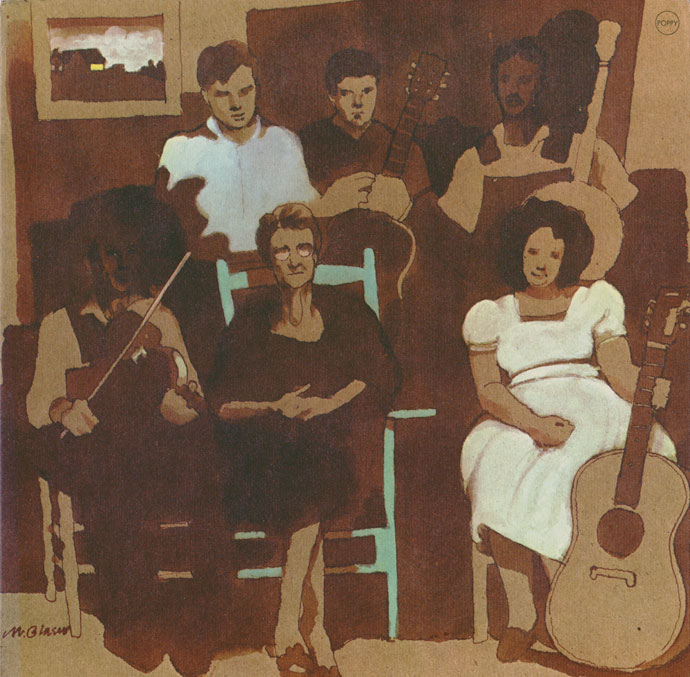 Legendary guitarist and folk singer Doc Watson died on Tuesday. After Watson departed Vanguard Records in the early 70s, he made a home at Poppy, which put out several Watson albums. This one, “Elementary Doctor Watson!”, featured Doc Watson performing with his son, Merle. Of course, the album sleeve features the work of Poppy’s favored artist, Milton Glaser. I’ve always been particularly drawn to the laid-back confidence of this piece – the expressive washed-out portrait, the lack of identifying text – but this is the first time I noticed that Glaser employed his own typeface, Glaser Stencil, on the back. 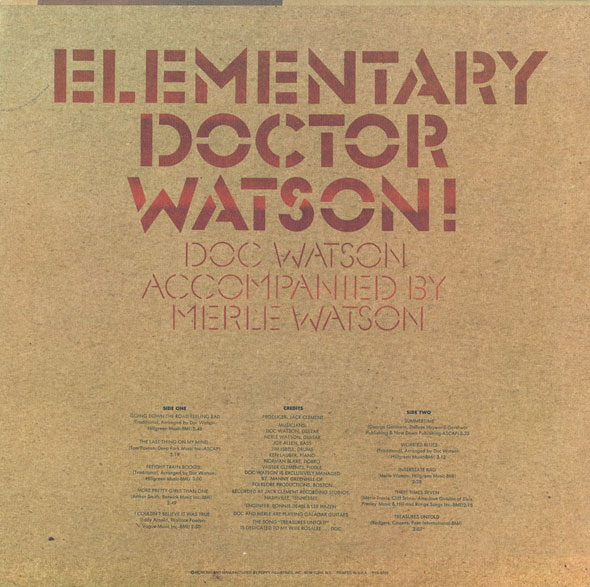