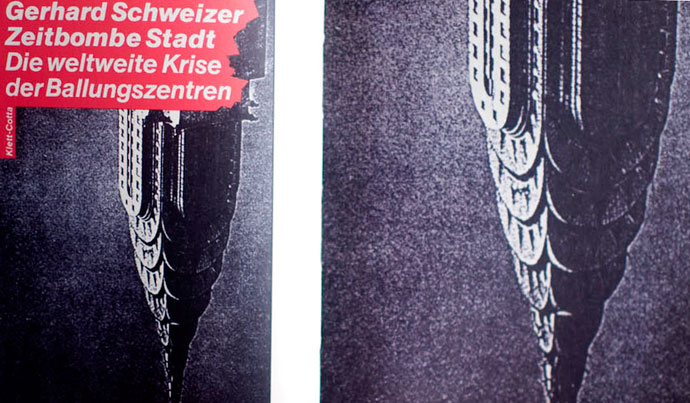 All images from The Book of Books, by Heinz Edelmann. Stuttgart: Klett-Cotta, 1997.

Klett-Cotta, founded in 1659, is a Stuttgart-based publisher specializing in literature, fantasy, history, politics, philosophy, and psychology — a range that could not be better suited to Heinz Edelmann, who maintained a long relationship as a designer of their book jackets. In 1997, they celebrated their partnership by putting out a small flipbook style retrospective, with choppy layouts including his covers along with incidental illustrations. 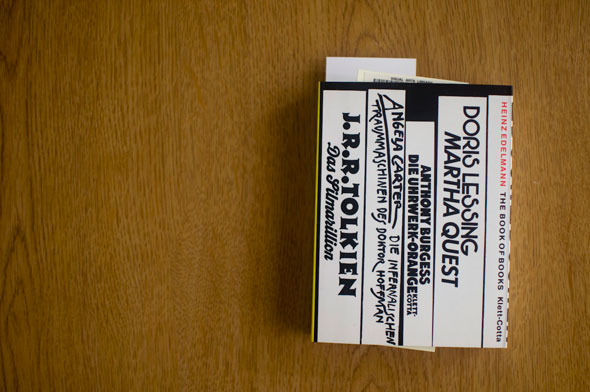 Michael Klett, in the introduction, stresses that Edelmann says

Typograpy means “thinking an image.” Only in this way the letters can be brought into sufficient tension with pictorial elements and at the same time into harmony.

And then he argues that

During the last years, one might notice in book design a revival of certain mushy delights, of a vehemently harmless cosiness. To this Edelmann opposes his tough, nervy, demanding style.

Edelmann, in his notes in the back, responds with characteristic humility:

This selection attempts to document the noble (1976-1996) experiment of basing the corporate identity of a major (fiction and non-fiction) programme on the stylistic idiosyncrasies and vagaries of one single errant designer: it is a tribute to the publisher’s courage rather than a resurrection of dated personal favourites or a demonstration of (dubious) stylistic or technical options.

The reader is encouraged to judge for himself how “dubious” (quotes from Edelmann’s notes): 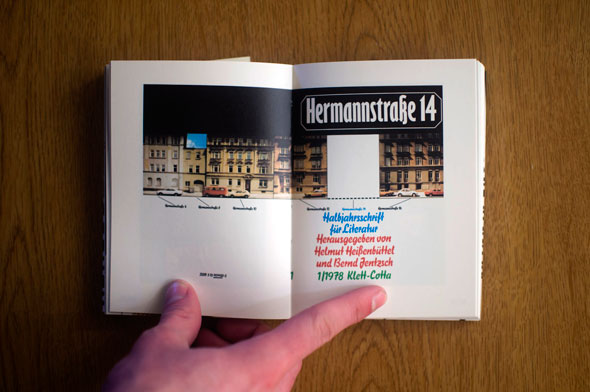 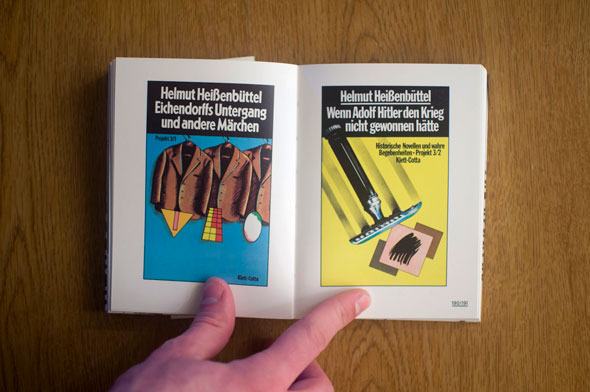 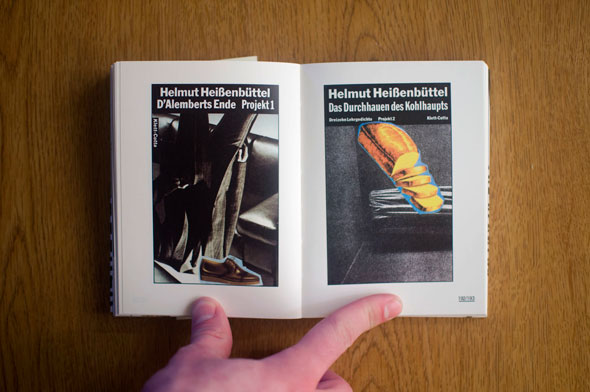 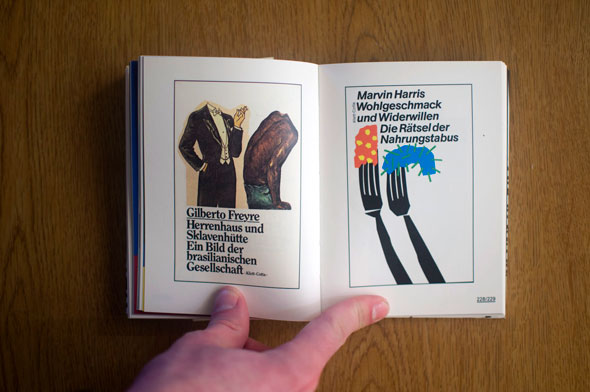 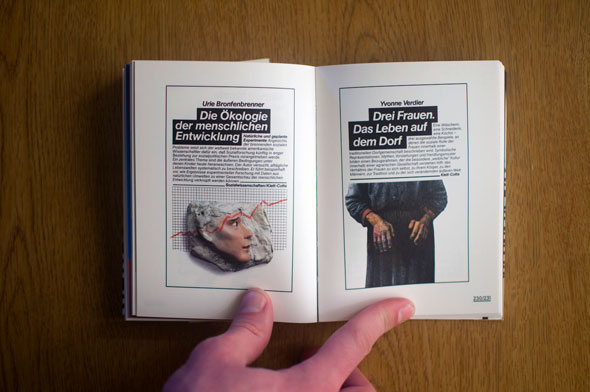 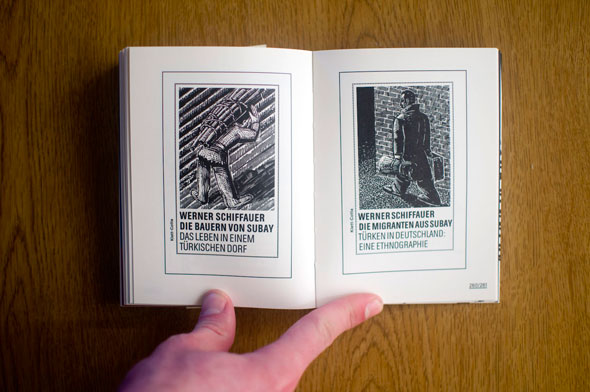 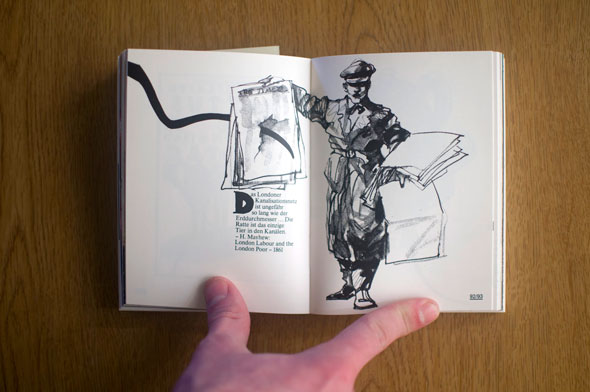 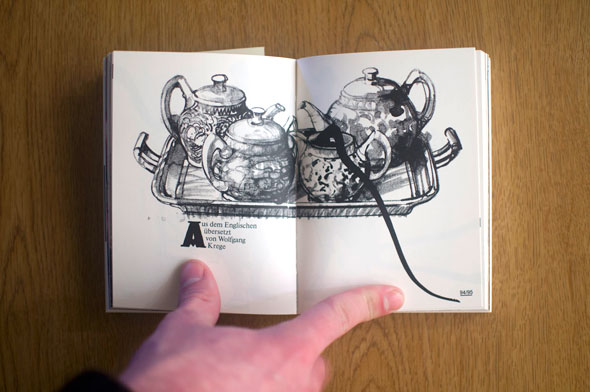 The above two spreads, collage and grease-pencil in which “Rats endanger London on the slip-case and cover and in the title sequence of Rattus Rex” remind me of the work of William Kentridge. 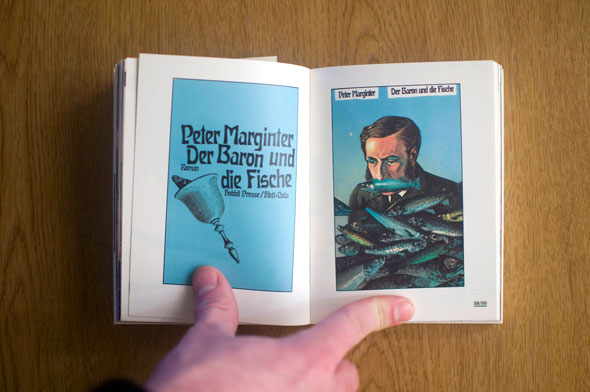 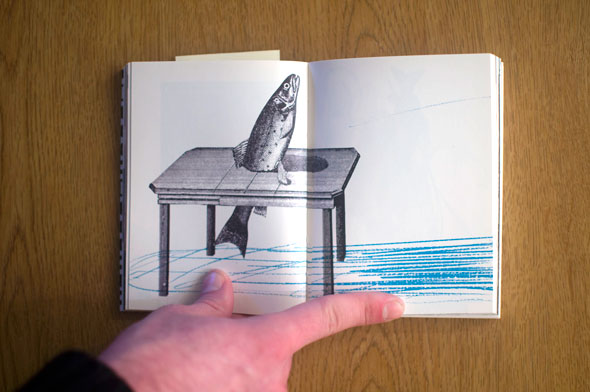 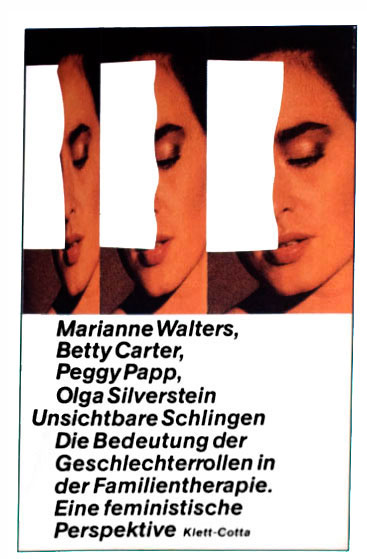