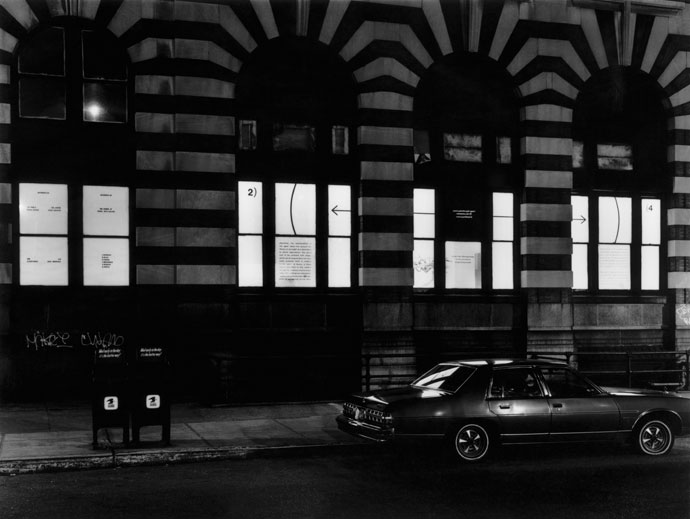 The artist statement identified this work as a “point of departure for the investigative process,” and included writing on clear acetate, photographs, and wall arrangements. The exterior serves to “develop and analyze the act of perceiving, taking into account the implications and specifics of the location.”

From 1979 to 1980, the School of Visual Arts maintained a gallery in the emerging neighborhood of Tribeca. It was one of the first school galleries to show student work off campus in an active art scene. The New York Times’ Going Out Guide for 28 May 1979 featured it at the top of the list—

ACCENT ON YOUTH Art collectors of modest means shouldn’t overook a new gallery downtown in the area bordering SoHo and Tribeca, where a photography exhibition by students of the School of Visual Arts is on display tomorrow through Thursday. The gallery, in the American Thread Building at 260 West Broadway, is perhaps the city’s only school-sponsored art showcase not on or near school premises. The gallery was begun a year ago to display student works in a professional, competitive environment, with all sale proceeds going directly to the young artists.

In 2007, a remnant of the gallery was unearthed when the American Thread Building was being converted for luxury condos. The New York Sun reported a painting by Keith Haring had been buried underneath additions, and was found only after contractors destroyed a second-story wall and discovered a door to the basement. The painting was appraised at around a million dollars — if it could be removed, but since it was painted on delicate firebrick, that was out of the question. So the new owners adapted the design of the interior around it. (You can, for now, still read the full story on the website of the now-defunct Sun: “A Forgotten Haring is Found by Contractors”).

We’re working on an online exhibition to show works from this interesting gallery, which appeared briefly at such a rich point in both New York and art history. The exhibition will be integrated into the SVA archives site. But for now, scenes from the opening, 1979: 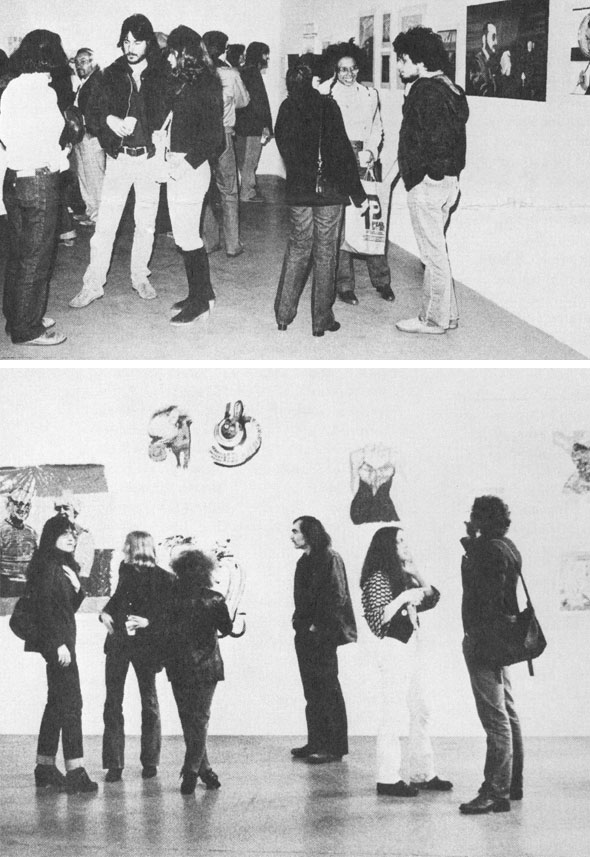