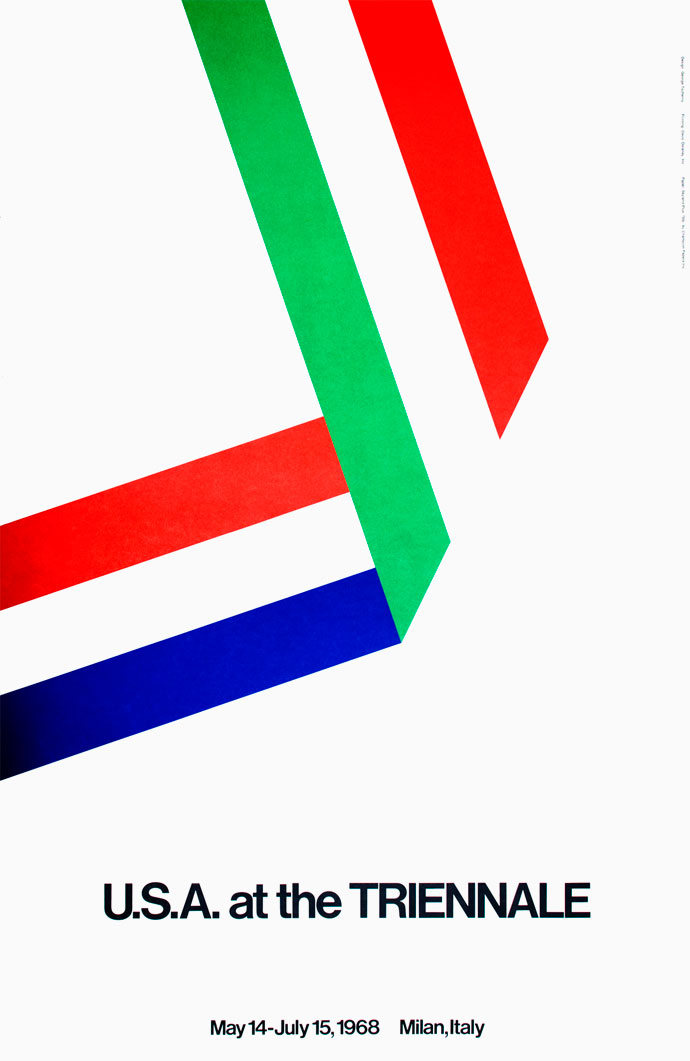 More from George Tscherny: his design on the poster for the U.S. exhibition at the troubled Milan Triennale of 1968. In those days, the event served as a major convergence point for conversation and debate within the design community.

The organizer, architect Giancarlo De Carlo, declared its focus for ’68 to be “Il Grande Numero,” which was meant to encompass the complexity of industrial expansion and its new capacity for production, as well as urban design issues related to the rapidly increasing human population. But like many major cultural events of that year, it quickly became the site of protest and demonstration: students and artists organized sit-ins, and despite De Carlo’s explicit effort to engage the protests in constructive terms (embodied in several physical areas of the exhibits devoted to the ongoing protests), the event was ransacked and eventually evacuated. It reopened a month later with police protection—a compromise that resulted in the resignation of the executive committee. The Milan Triennale wouldn’t reconvene for five years.