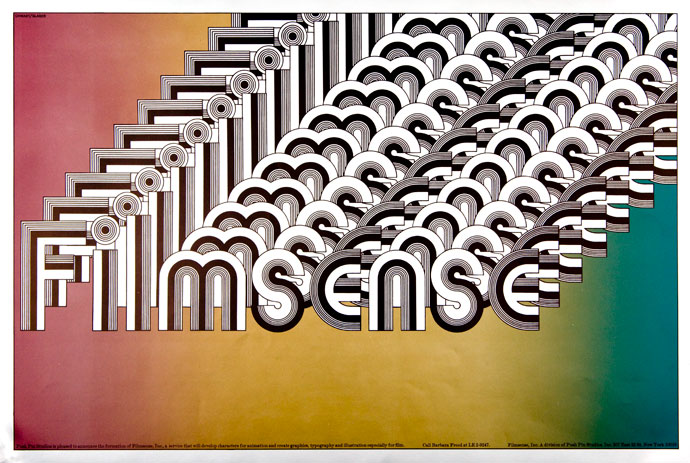 Expressive typography has never been a primary stylistic mode for Push Pin founders Milton Glaser and Seymour Chwast (though it was much beloved by their contemporaries Henry Wolf and Chermayeff & Geismar). Glaser and Chwast have made illustration such an integral part of their design work that it’s somewhat unusual encounter them working solely with type. Yet, here are two examples. The first is a poster for Filmsense, Inc., a Push Pin entity that was established to “develop characters for animation and create graphics, typography and illustration especially for film.” You can’t see it here, but “Filmsense” is rendered in a dazzling reflective silver; the design is credited to Chwast and Glaser.

The second is Glaser’s poster for a 1977 film event at the Museum of Holography (an actual place in SoHo that shut down in 1992) that featured holographic portraits of the New Yorkiest bunch ever assembled: Bella Abzug, Abraham Beame, Big Bird, Pete Hamill, Kitty Carlisle Hart, Joseph Papp, Arthur Sulzberger, and Andy Warhol, among others. Glaser designed the circular typeface seen here (called Hologram Shadow), which he used a couple times on other projects. 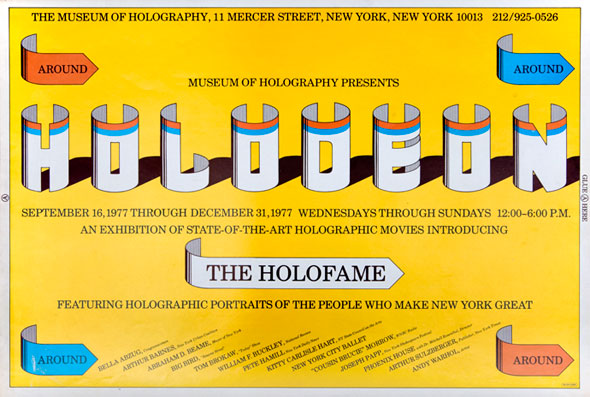