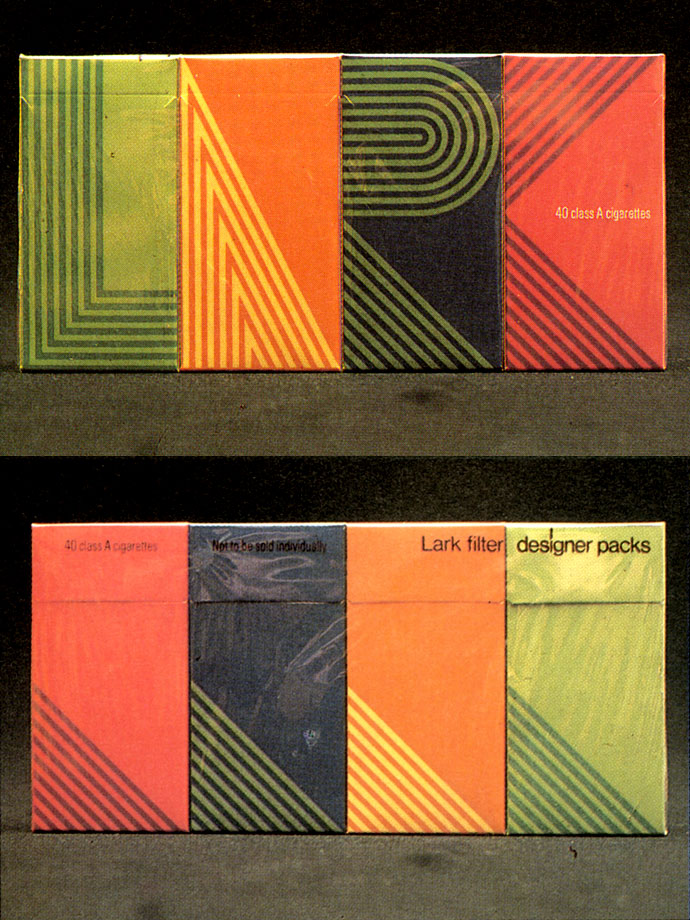 Cigarette companies were always big into advertising (perhaps because their products were largely indistinguishable), but after their marketing practices became widely seen as particularly nefarious their presence in the field faded.

In fact cigarettes were barred from advertising on television and radio in 1971. The industry—and to many, their product—became something of a pariah after that, which is probably why you don’t see examples of their often quite clever advertising or packaging in many historical portfolios. Well, in the interest of unabridged history, here’s a great one George Tscherny developed for Lark in 1968. 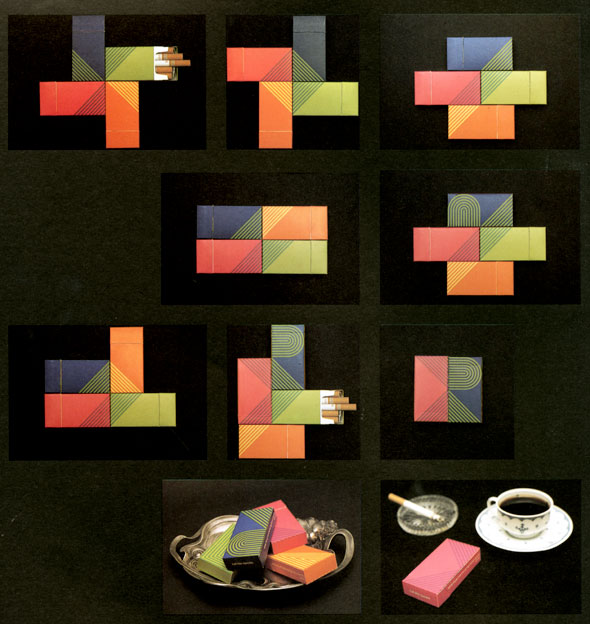 The rearrangeable geometry may have been seen as too extreme for a mass-consumer product in the late-60s, I don’t know. But I don’t think this system was adopted (for what it’s worth). I feel like the logotype-as-rearrangeable-geometry has come back into vogue lately, offering a lot of apparently objective ways to iterate different versions of packaging.