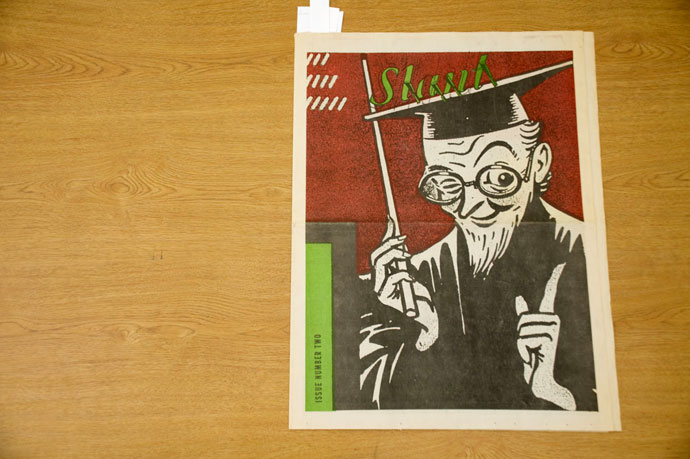 Big box retailers like Old Navy and Target have long tapped into a lightly ironic sense of nostalgia in their marketing, but in the early 1990s, Urban Outfitters fully embraced a retro, anti-consumerist consumerism, snarky and winking – alternative style gone mainstream. Urban’s tabloid magazine Slant encapsulated all that the company hoped to represent to its customers. Slant was published for nine issues between 1995 and 1997, and was distributed to more than 500 retail outlets beyond Urban Outfitters, including cafes and clubs. Cleverly riding the zine explosion of the 90s, Urban differentiated itself from other clothing franchises early on by employing underground artists and writers to grab a bit of their cachet. Slant published the writing of John Maar, Nick Tosches, Kenneth Anger, and Luc Sante, implicitly trusting the cultural literacy of its target reader. Mike Calkins, Urban’s Assistant Art Director at the time said, “The pretense of Urban Outfitters assumes that the people who shop there know who those writers are.” (Communication Arts Jan/Feb 1998). Slant also hired many of the artists creating the best comics, illustrations, and gig posters of the time, thus producing the coolest advertising circular ever – one with a DIY aesthetic and tons of street cred. Art Director Howard Brown, hired in 1992 at age 25, put the magazine’s mission succinctly in a 1998 article in Communication Arts:

We want each page to work on its own as a poster, so you can tear it out and put it on your wall. Even if you don’t like to read, it’s eye candy. People see this and realize that Urban Outfitters is different. We’re giving them more than stickers. We’re giving them culture.

(To that end, Urban assiduously pursued associations with indie rock bands, carefully yoking their brand to alternative music. Store soundtracks were carefully curated and Urban’s designers created concert posters for preferred bands, which were sold in the stores. Below, posters for Blur and Sebadoh.) 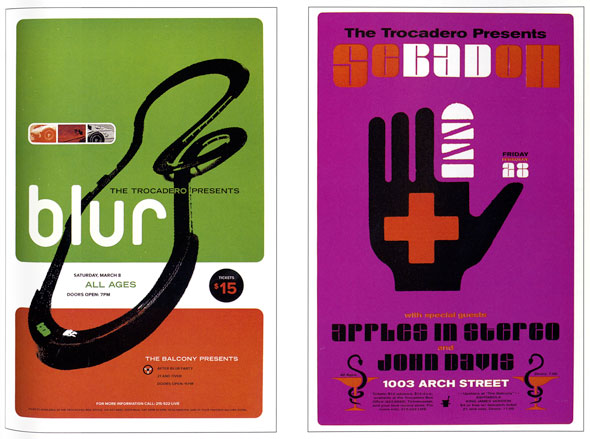 The magazine also benefited from the role of Charles Spencer Anderson, whose studio participated in the design and concept of covers and articles. Anderson’s refined retro-ironic style served as a nice counterpoint to the un-designed zine look Slant also strived for. (For more on C.S. Anderson’s self-described “Bonehead” style, see Steven Heller’s article “Bonehead Design: Style as Language” in Design Issues, Vol. 12, No. 2, Summer 1996.)

In case there was any confusion, the cover of the first issue of Slant offered a definition of the term: “to present (information) in a way that favors a particular viewpoint.” 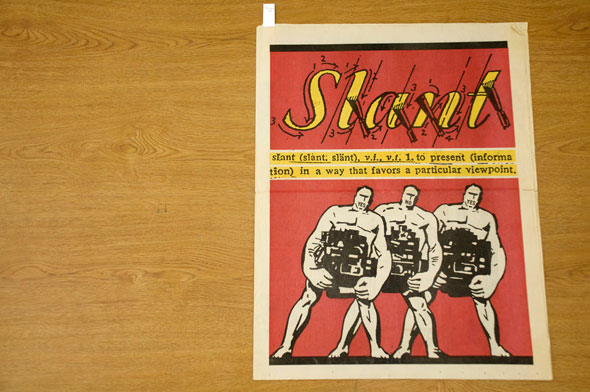 It’s an unexpected statement coming from a retailer that aimed to flatter its customers’ sense of individuality. Urban Outfitters, after all, was specifically positioning itself in opposition to the Gap uniform. In any case, thanks are due to David Mazzucchelli, who recently donated the complete run of Slant to the Glaser Archives. Receiving a pristine set of a significant ephemeral publication is an archivist’s dream, of course. I’ll feature some of the interior comics and illustrations in a future post, but here are some covers by Mazzucchelli, Gary Panter, Michael Mabry, and Chip Kidd. To see more covers, visit our Flickr account. 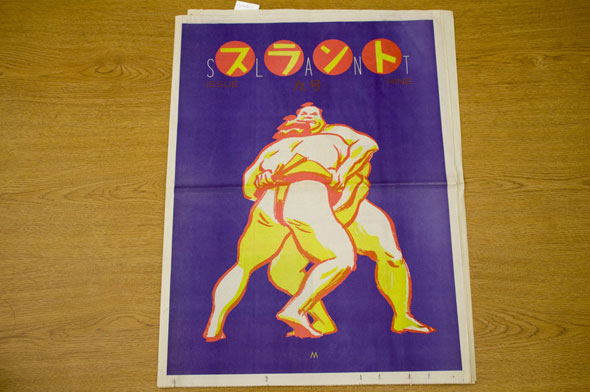 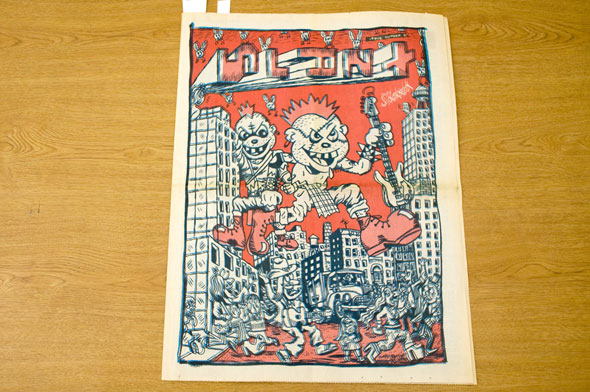 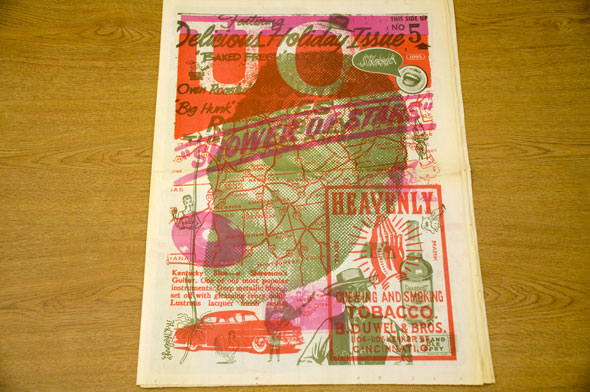 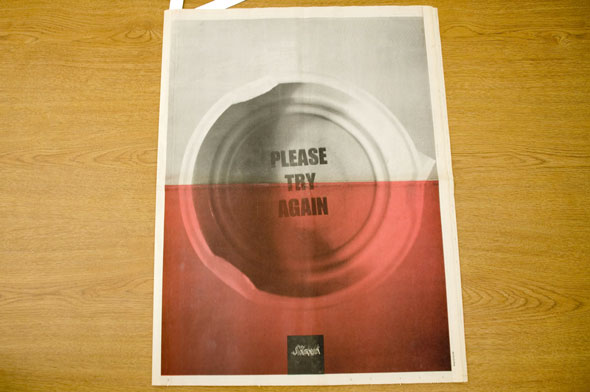