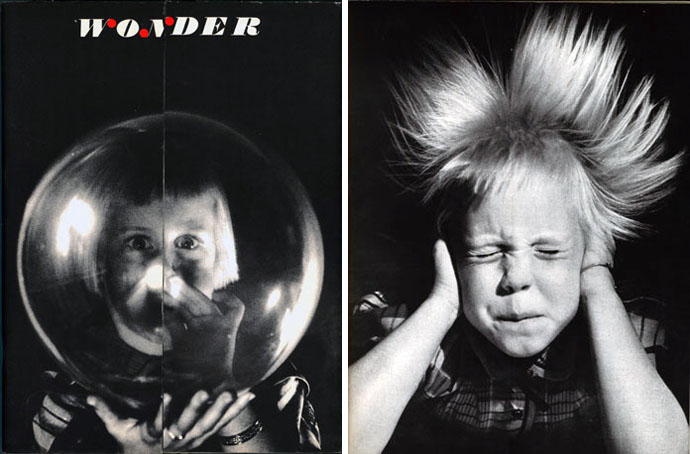 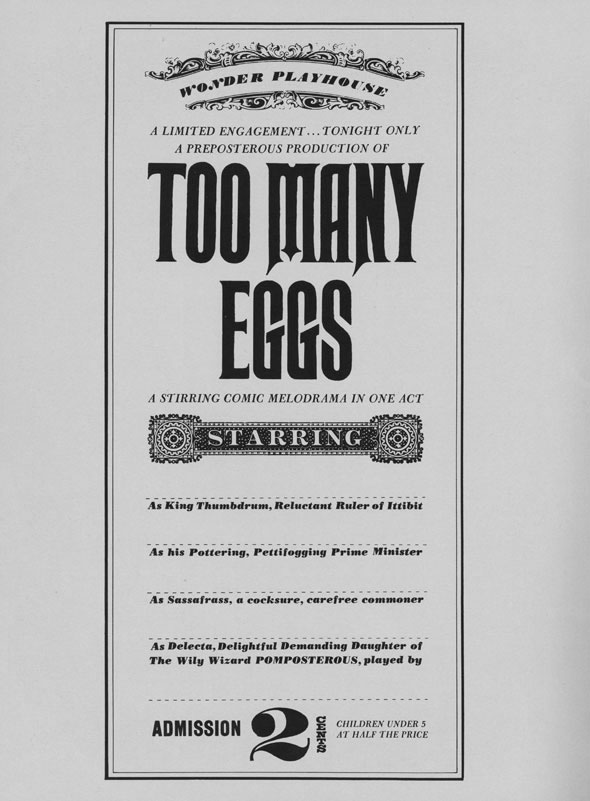 The magazine ran the gamut from silly to serious. There’s the goofy play, “Too Many Eggs.” 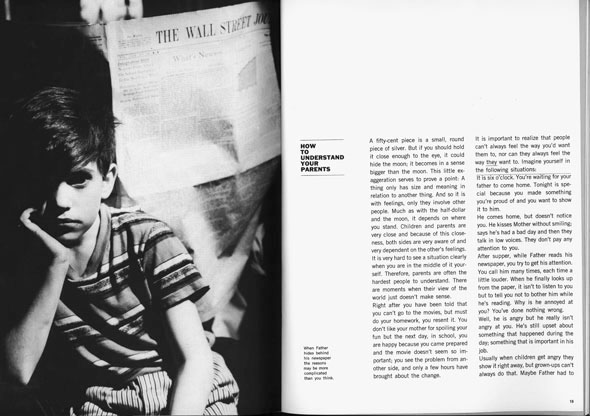 “How to Understand Your Parents” may be expecting a bit much of your average 8 year old, but still, it’s hard to imagine any children’s magazine today asking its audience to empathize with their parents. 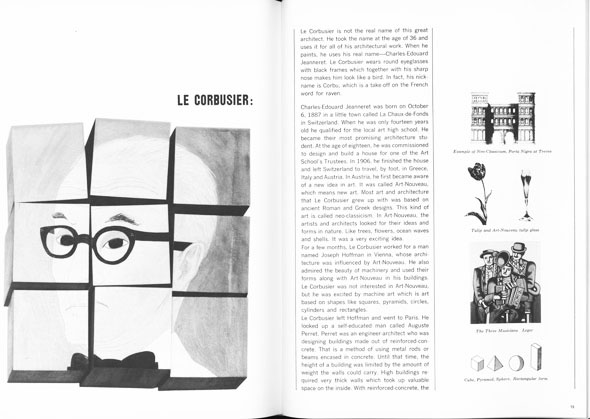 There’s a profile of Le Corbusier, guaranteed to make your child an expert on modern architecture. 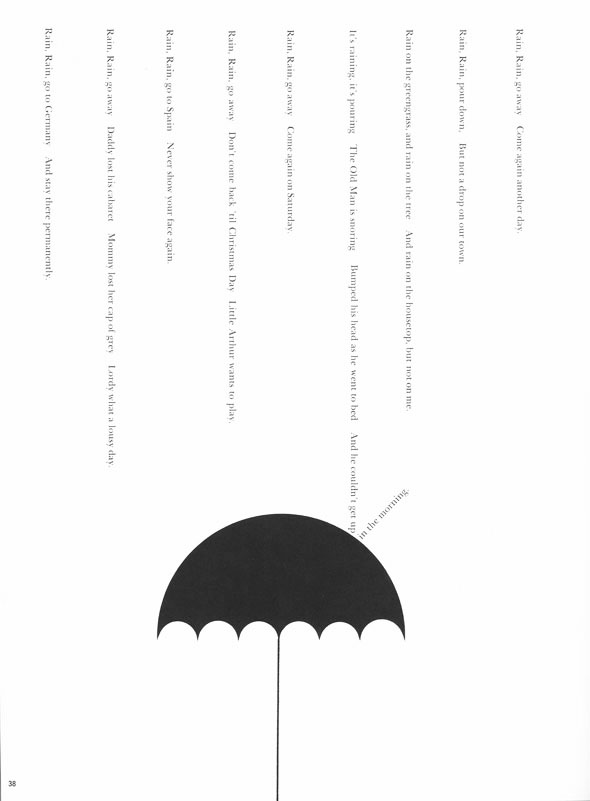 Here’s a playful visual interpretation of “Rain, Rain Go Away.” 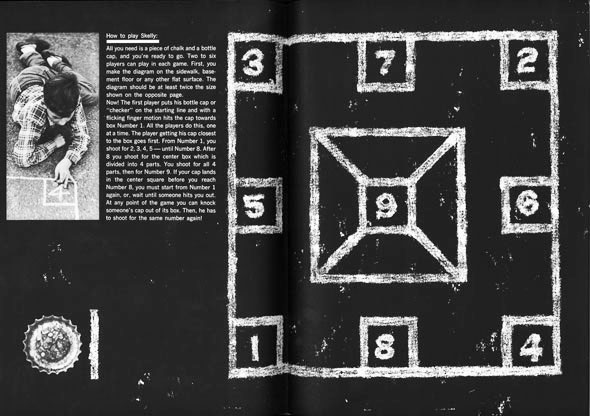 And here are instructions on how to play the classic NYC street game, Skelly, which I’m totally going to try once I finish writing this.

The magazine was distributed widely to professionals in the media and education and Silas Rhodes, SVA’s founder, received many requests from people wishing to subscribe. Sadly, there were never plans to continue beyond the single issue.