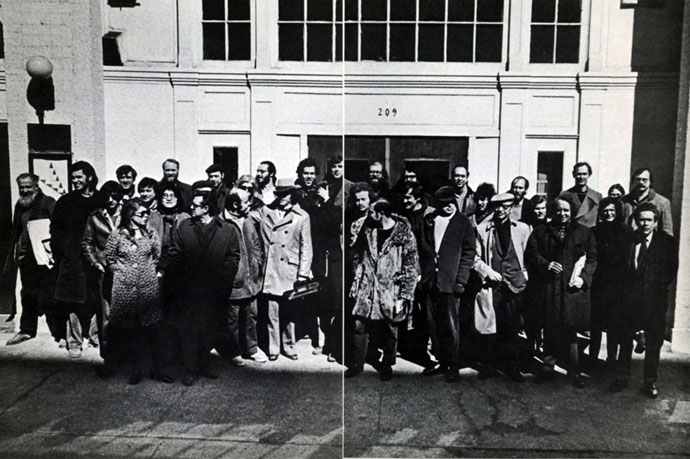 Cover of The Utterer featuring a photograph of SVA Fine Arts Faculty in front of 209 E 23rd St, 1970.

Wondering where we’ve been?

Next Tuesday, our long-in-the-making exhibition, Primary Sources: Documenting SVA and the New York Art World, 1966-1985 opens at the SVA Chelsea Gallery. A rambling history of the school’s long history of fine art exhibitions scattered with ephemera, we’ve also managed to wrangle up some works as they originally appeared.

The show revisits exhibitions of several decades, curated by the likes of David Bourdon, Douglas Crimp, Lucy Lippard, Phyllis Tuchman, and David Whitney (with posters designed by Milton Glaser, Cris Gianakos, Doug Johnson, B. Martin Pedersen, and many others). Not to forget student exhibitions that took place in SVA’s galleries in Tribeca and SoHo, documentation of performances by Steve Reich and Laurie Anderson, screenings and talks, and (my favorite) lots of little odds and ends—loan forms, hardware store receipts, doodles—gathered together in binders that reproduce the archival files for each show. Come say hi: the reception is next Thursday, November 21, 6-8pm.