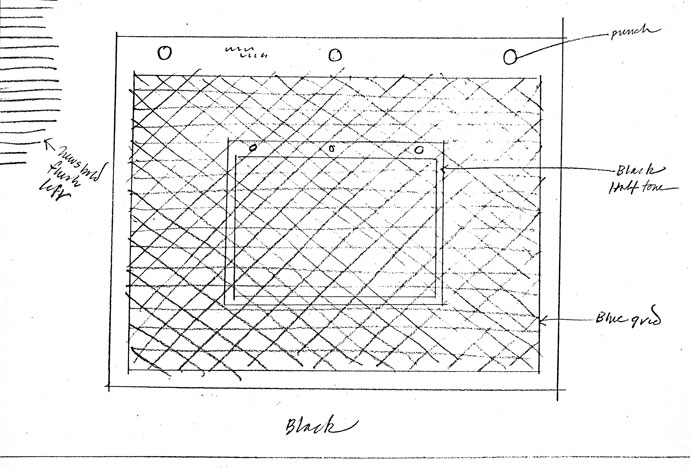 Milton Glaser sketch in the binder for Mel Bochner’s Working drawings and other visible things on paper not necessarily meant to be viewed as art, 1966.

Primary Sources, the exhibition we organized that is currently on view at SVA’s Chelsea Gallery through December 18, examines the rich history of exhibitions and events at SVA from 1966-1985, a period when the young artists who were teaching at the College were also establishing new ways of making and displaying art. One of the first and most significant examples of this was Mel Bochner’s Working drawings and other visible things on paper not necessarily meant to be viewed as art (1966), the landmark conceptual exhibition that resulted from a request for a Christmas show of drawings by then SVA Gallery coordinator Shirley Glaser. At the time, Shirley’s husband Milton was designing all the posters for the SVA Gallery shows, so naturally he created one for Bochner’s photocopied binders of assembled sketches, notes, and outlines solicited from the likes of Carl Andre, Jo Baer, Dan Flavin, Dan Graham, Eva Hesse, Alfred Jensen, Donald Judd, Sol LeWitt, Robert Mangold, Robert Smithson, and others. 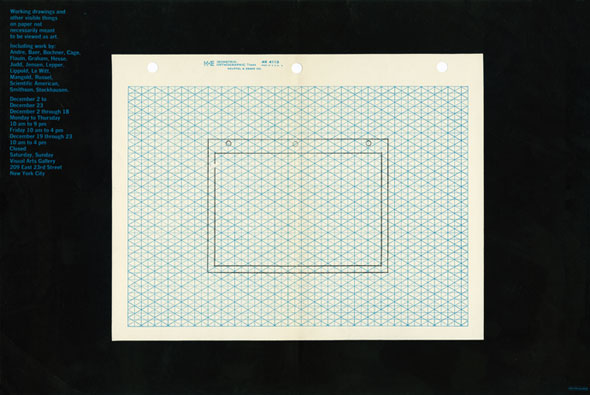 Glaser’s sketch for the poster (at top) became a part of the artwork; it was incorporated into the binder alongside Donald Judd’s sheet metal receipt and Sol LeWitt’s diagrams and calculations. 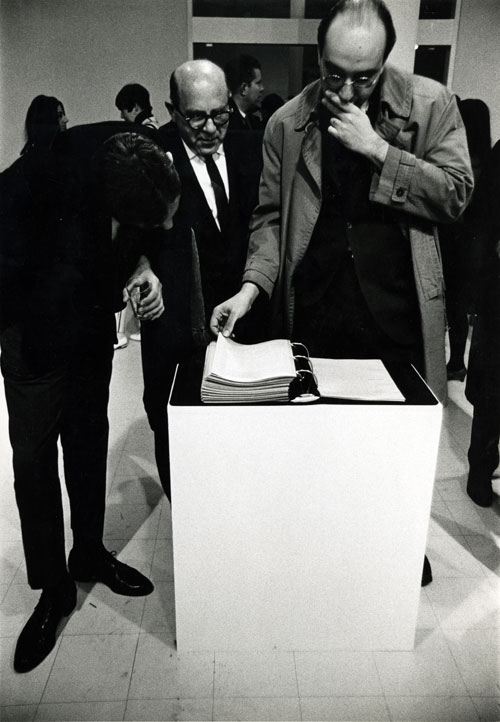 One of the original binders will be on display at Primary Sources, as well a duplicate we created so visitors can peruse the contents of the binder as was originally intended.