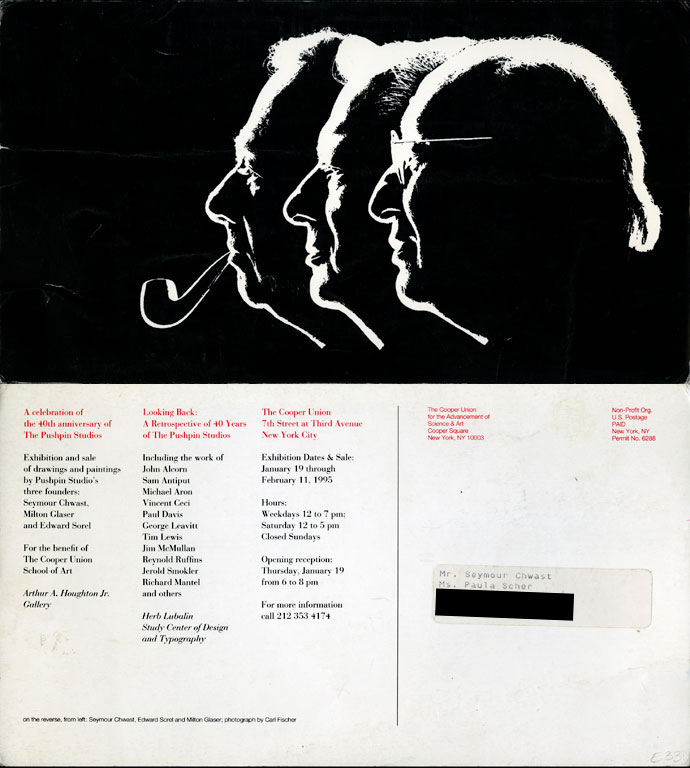 In 1995, the Cooper Union celebrated the 40th anniversary of Pushpin Studios with an exhibition and special sale of drawings and paintings by three founders of the studio (and alumni of the school), pictured above: Seymour Chwast, Edward Sorel, and Milton Glaser. Also exhibited were works by other Pushpin artists: John Alcorn, Sam Antupit, Michael Aron, Vincent Ceci, Paul Davis, George Leavitt, Tim Lewis, Jim McMullan, Reynold Ruffins (also a co-founder), Jerold Smokler, Richard Mantel, “and others.” This reminded me of another similar device that captured a different group that is also heavily represented in the Archive. 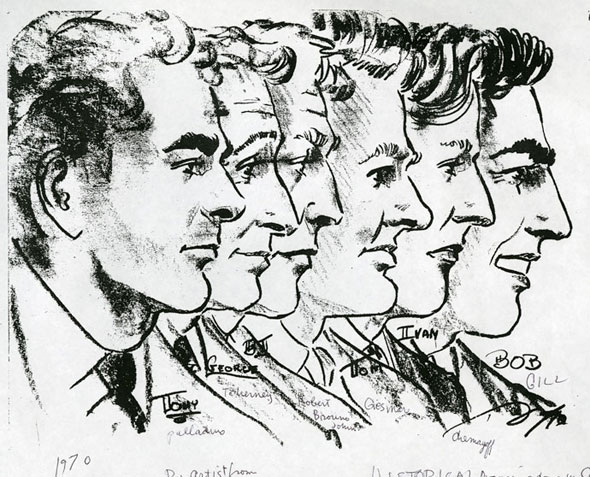