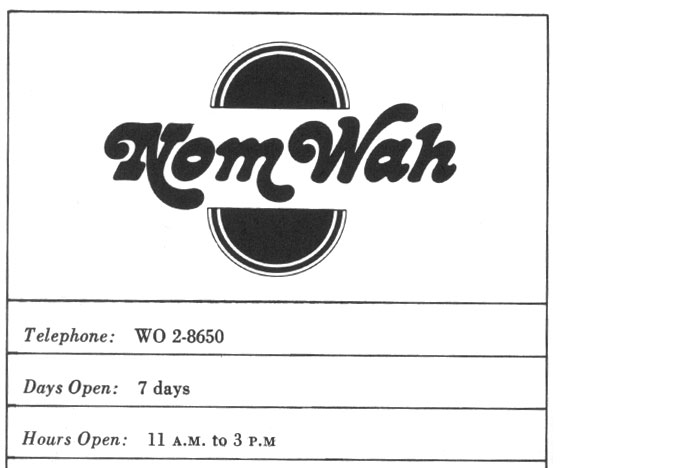 A couple weeks ago, the New York Daily News reported that Nom Wah, the 90-year-old dim sum parlor located on one of the most picturesque spots in Manhattan (the single-block elbow Doyers Street), reopened in time for the Chinese New Year celebration. Dave Cook visited recently and reports that the original menu, printed poster size and hung in the front window, survives — and has been reframed. 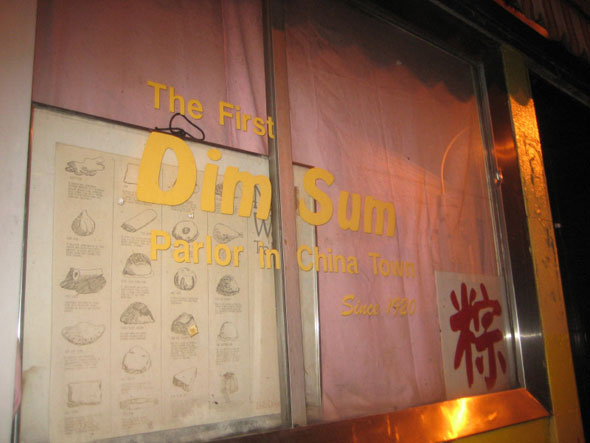 The menu at Nom Wah with illustrations by Milton Glaser (Photo: Lost City)

I remember seeing it as I passed the restaurant a few years ago, and admiring the sun-bleached illustrations — which I later learned derived from drawings Glaser included in The Underground Gourmet. (Cook’s blog, Eating in Translation — which he describes as following “interesting, usually inexpensive food in and around New York” — is in the same noble tradition as the book by Glaser and Jerome Snyder.) The Daily News has a pretty heartwarming story about Nom Wah’s reincarnation:

Restoring the Nom Wah Tea Parlor was less about business and more about family for Wilson Tang, whose uncle Wally Tang worked in the eatery for 60 years. When Wally retired early last year amid problems with the Department of Health (he had to shutter his doors for two months in 2008, and one month in 2009 due to various violations), Wilson left his finance job at ING to take over.

A total account of the illustrations, with captions from The Underground Gourmet (50 cents, inflation-adjusted, is about $3.25; the Chinese transliteration is also somewhat antique):

Bow Yee (Sheemy)—3 for 50¢ One of a class of closely packed chopped pork and Chinese vegetable mixtures not enclosed in a dough wrapper. They differ in their toppings. This has a slice of abalone.

Tim Jue Sheemy—3 for 50¢ Same basic mixture as Bow Yee. Somewhat more colorful because of its green pepper base and red and white shredded lobster topping.

Hak Sheemy—3 for 50¢ This species is decorative. The sheemy mixture is embraced by flayed, flattened shrimp. 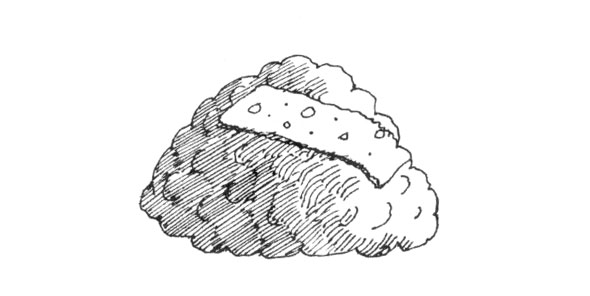 Lop Cheung—3 for 50¢ Again the chopped pork mixture, this time topped by a spicy Chinese sausage. Sheemy of this class are steamed for fifteen minutes.

Dow Shew Sheemy—3 for 50¢ A different type of sheemy made of bean curd stuffed with ground pike. The curd is light yellow with a firm custard-like texture. It is quite bland and may require getting used to. 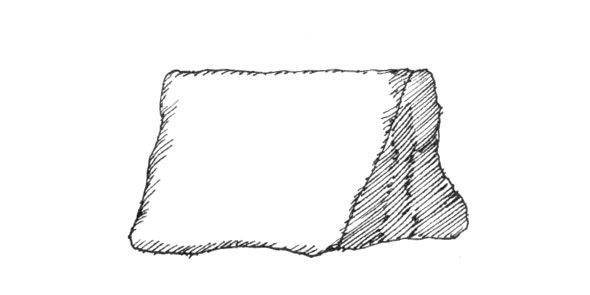 Jow—3 for 50¢ A wedge of fried bean curd. The frying technique produces a change in curd skin texture from the steamed variety, but the flavor remains elusive.

Suey Cow—3 for 50¢ A shrimp and vegetable mixture wrapped in a wrinkled, yellow, noodle-like covering. This steamed dish has a strong fish flavor which some may find too insistent.

Gar Lay Gork—2 for 50¢ A curried pork turnover. The pastry dough covering is uncharacteristically thick. It is extremely tasty and somewhat Indian in flavor. 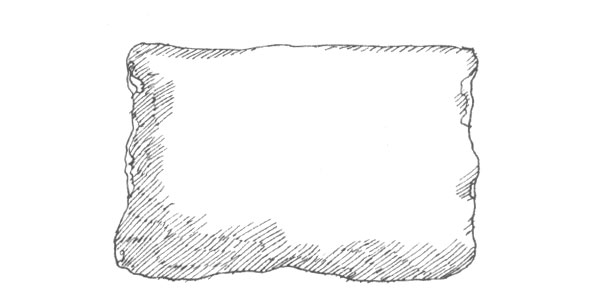 Jar Haar—4 for 70¢ This is simply shrimp dipped in a batter made of flour and water and then deep-fried. Though some inscrutable process, it comes to the table inflated to the size of a large chicken leg. 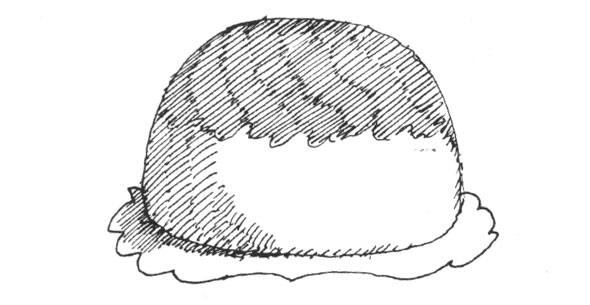 Gook Shar Shew Bow—25¢ each A large baked bun with a sweet roast pork filling. This is more like a bread than any of the other dumplings. 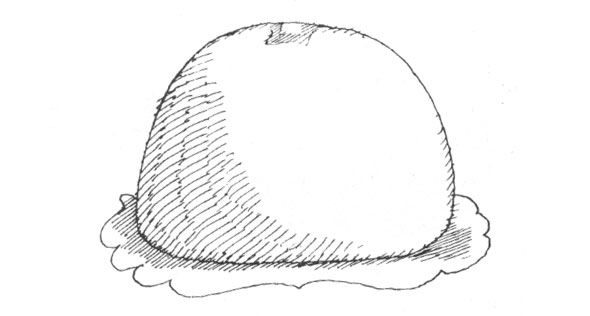 Jing Shar Shew Bow—15¢ The steamed version of the bow family. It has a simple, imposing purity about it. The filling is identical but its outer texture is softer and lighter than its baked brother.

Teem Bow—15¢ each These are sweet dessert variations with soybean, peanut butter or lotus seed fillings. 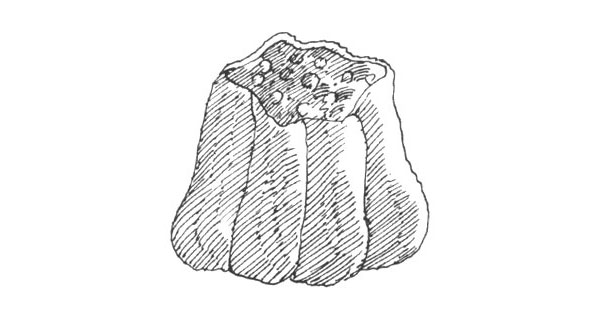