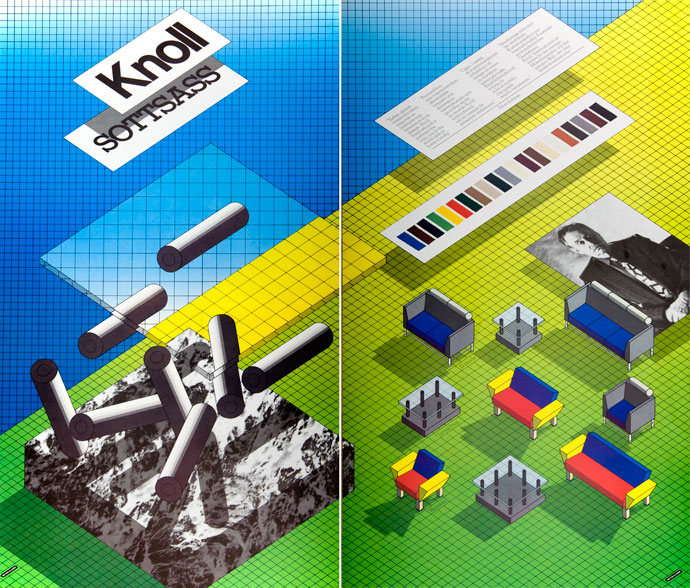 While we’re on the subject of the Memphis Group, better take cover; that table’s gonna blow.

In 1983, Milton Glaser created a double-sided poster promoting furniture designed by Ettore Sottsass for Knoll not long after Sottsass co-founded the Memphis Group. The poster featured the Central Park table, and the Eastside and Westside lounge seating, as well as a portrait of Sottsass and his slightly awkwardly-phrased thoughts about Knoll:

Today, global communication requires an international dimension from design. Knoll International is perhaps the only one in the world able to have it really.

Back in 1968, Glaser and Sottsass were originally joined by their mutual employer, Olivetti. Glaser’s “Mourning Dog” poster, based on a painting by Piero di Cosimo, advertised the fabulous bright red Valentine typewriter designed by Sottsass. 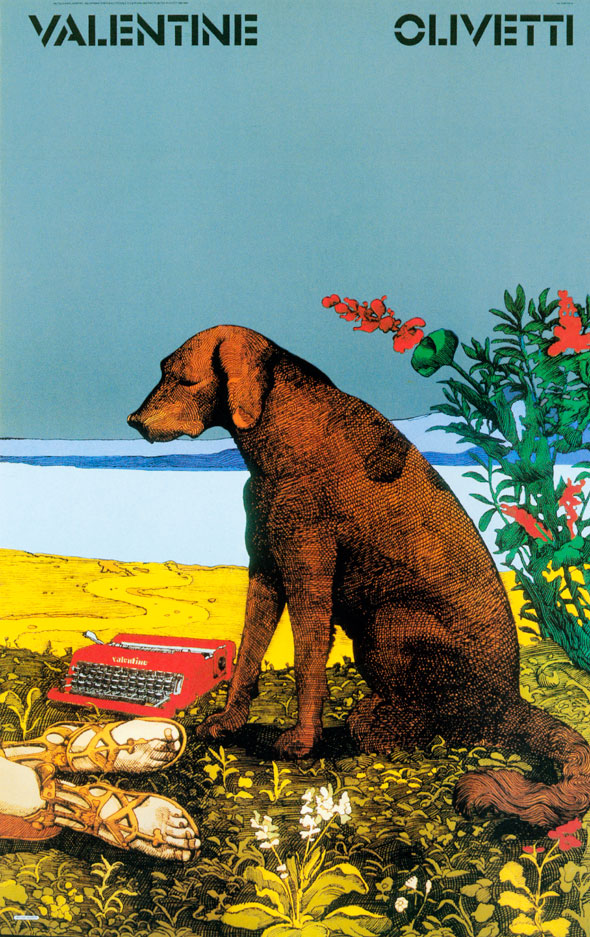