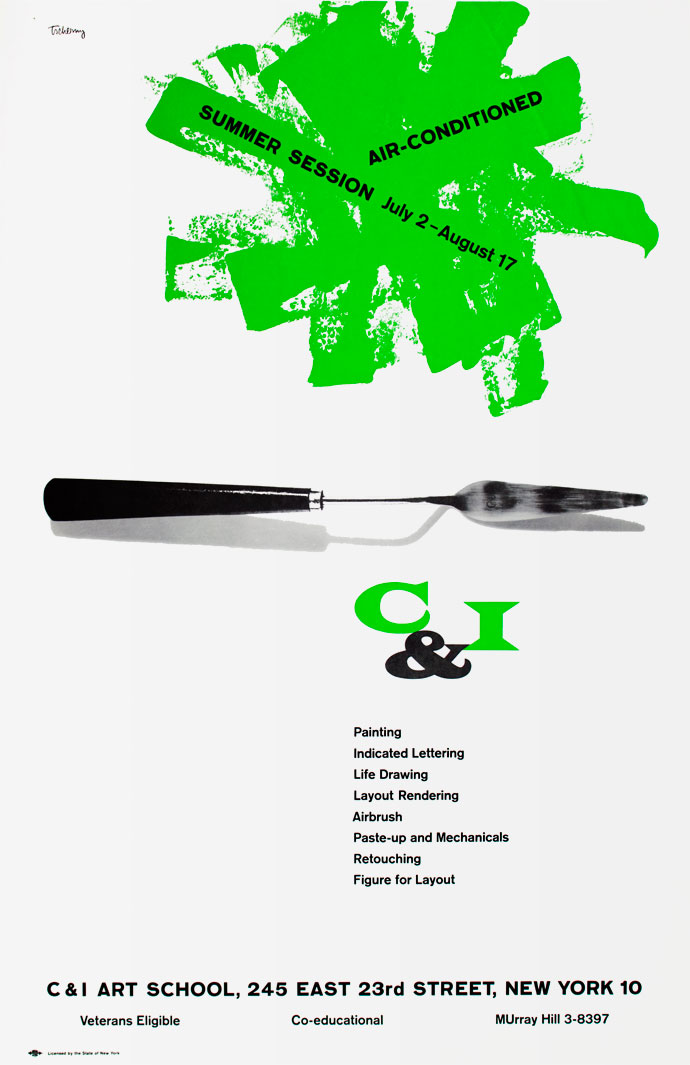 George Tscherny designed this poster for the Cartoonists & Illustrators Art School’s 1956 summer session, which we glean acknowledged the G. I. Bill, women, and the heat of a New York summer. Some now quaint-sounding practices are listed (“indicated lettering”?), where today we might read “interaction design,” or “branding.”

This was near the beginning of a long and fruitful relationship between Tscherny and the school, which rebranded itself as the School of Visual Arts later that year. In a way, the green burst of brushstrokes prefigures SVA’s current logo, which he designed two decades later, on the occasion of the school’s fiftieth birthday in 1997. The original art for the new logo (shown here hanging in the reading room at the Archives): 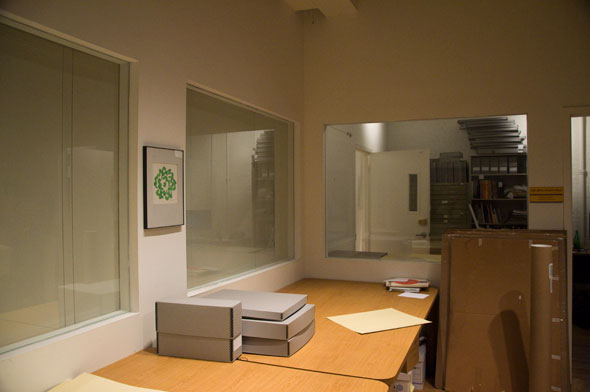 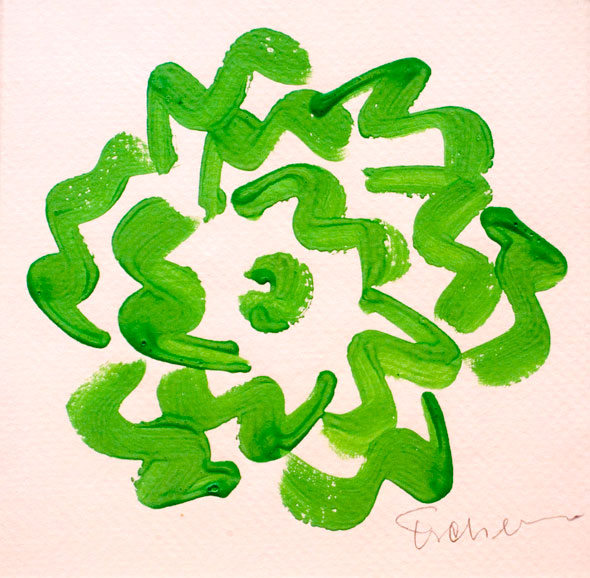