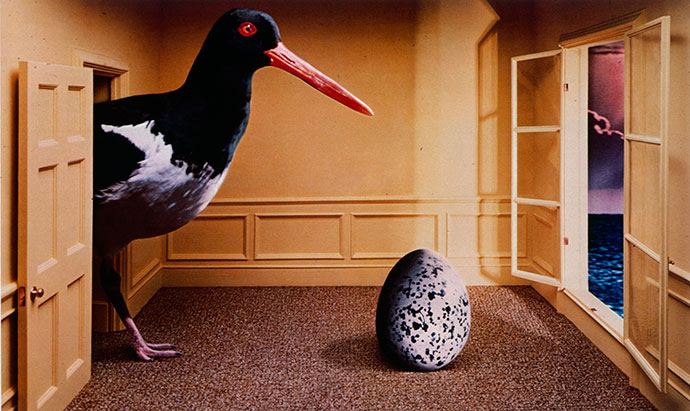 An excellently memorable and surreal campaign photographed by Henry Wolf for Karastan carpets employed an elaborate multi-part process in which birds and their associated props were photographed; those silhouette prints were placed inside specially constructed miniature rooms with skewed proportions to create an illusion of depth. The resulting tableau was then reshot with a large camera. The carpeted rooms incorporate subtle differences in architectural style and sly visual references – see the Albers serigraph and Manet painting in the photo below. 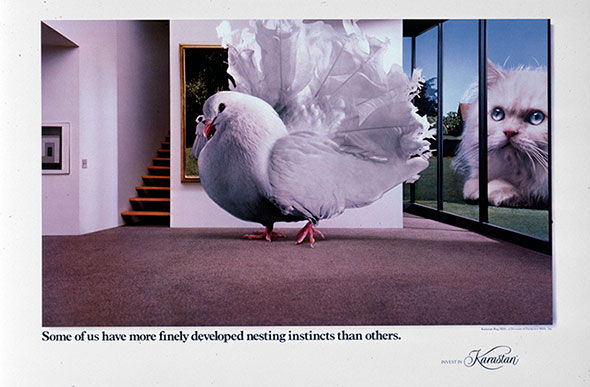 Wolf was forever experimenting with scale, to both comic and dramatic effect, for clients ranging from Olivetti to Swanson’s on the Plaza to Sak’s Fifth Avenue. 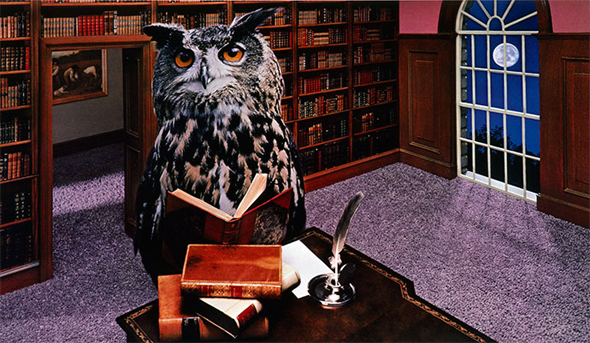 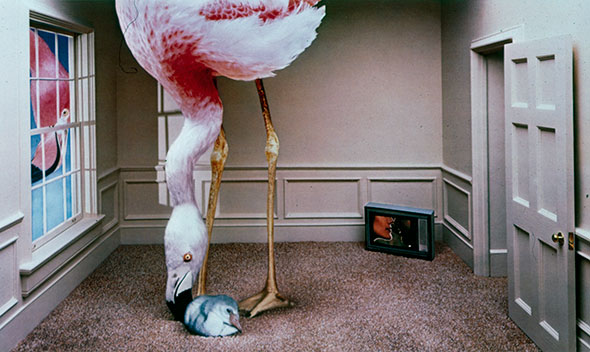 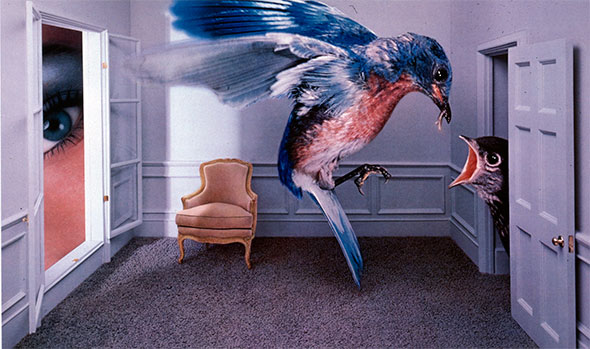 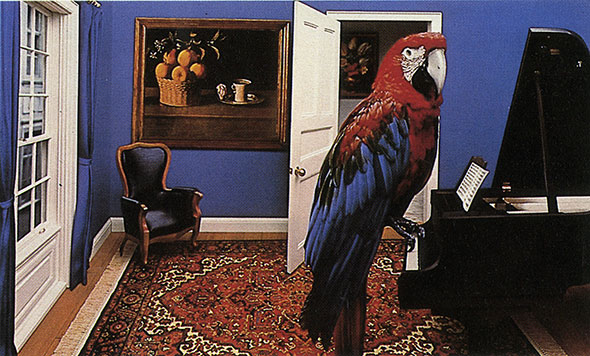