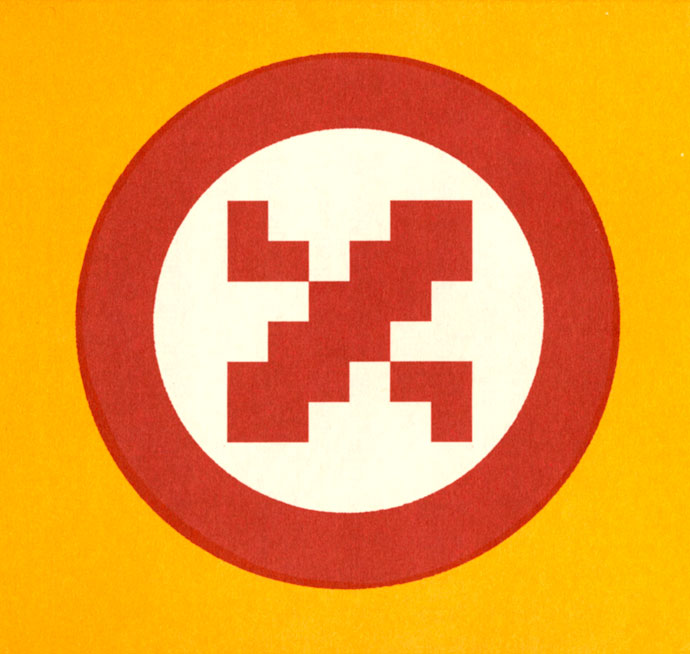 How does one become an Emigre?

In the early-mid 1980s, Rudy VanderLans and Zuzana Licko began blazing a trail in design and typography for the as yet unknown digital revolution. They founded Emigre magazine in 1983 and were early adapters of the original Macintosh computer. Licko found inspiration in the limitations of early computer displays and the dot matrix printer, creating new bitmap typefaces based on a low resolution aesthetic. Emigre Fonts, including Barry Deck’s Template Gothic (1990), Jonathan Barnbrook’s Mason (1992) and Conor Mangat’s Platelet (1993), as well as Licko’s influential designs, shaped the postmodern look of media in the digital age.

These are some pages from a 1988 Emigre brochure featuring Licko’s coarse resolution fonts, including Emperor, Oakland and Emigre, as well as her early high resolution fonts like Modula and Variex (co-designed with VanderLans). 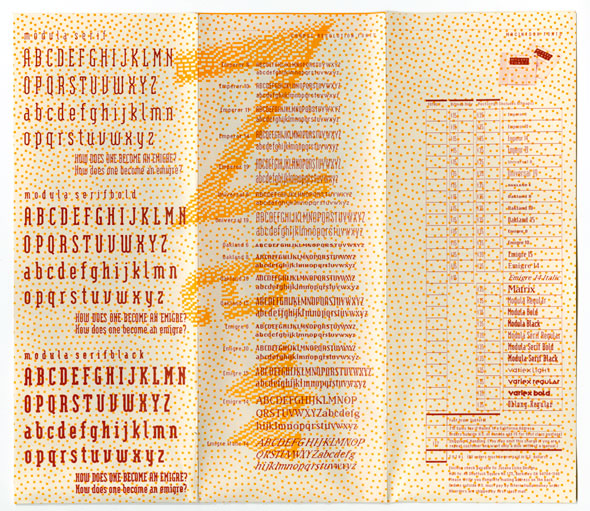 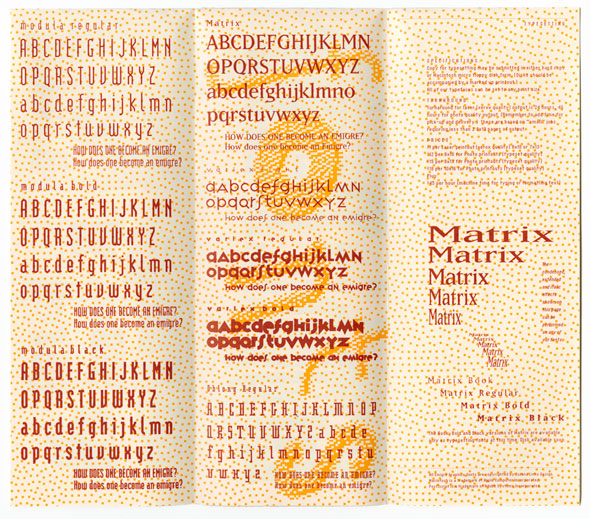