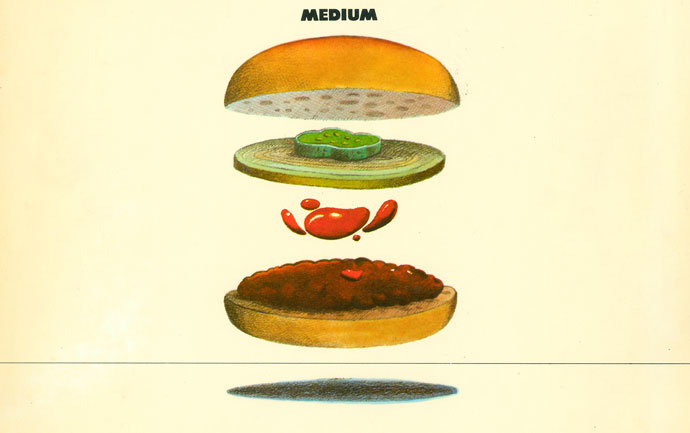 Glaser’s fascination with exploded diagrams (this poster for Olivetti, among other things) is applied here to a matter very dear to me: the hamburger. Actually this brings me back to the Sack ‘n’ Save in the suburbs of Dallas, which was the preferred purveyor of hamburger ingredients when I was a child, perhaps because a similar idea was rendered in giant ’70s-oversaturated photographs printed ten feet tall along the hot magenta wall above the butcher section. The illustration above appeared on the second long-player by Philly psych rockers Mandrake Memorial, titled Medium — now a rare find in the bins. Glaser’s influence on the graphic legacy of the hamburger can also be seen on this cover for Time magazine.