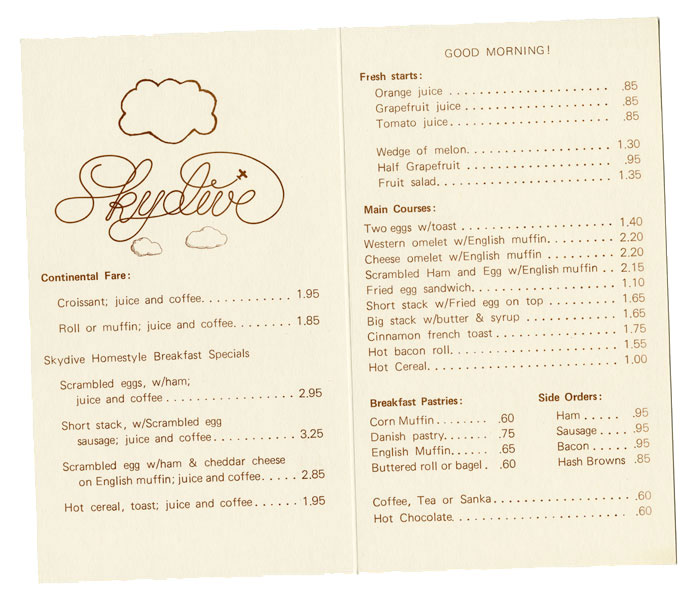 One curious feature about the Glaser collection is its organizational style, which was based on the way the materials were donated by the designer. Subseries G of his Printed Materials is comprised of the many restaurant menus and identities he did over the course of his career. A bunch of these come from his role designing restaurants and bars at the World Trade Center the mid-1970s (one of his many projects working for Joe Baum). The Skydive was on the 44th story of 1 World Trade Center. (A hot bacon roll — $6.21 in today’s dollars — sounds pretty good right now.)

But the most notable was probably Windows On The World, for which his menu used tan and salmon tessellated graphics of the sun bisected by the horizon. 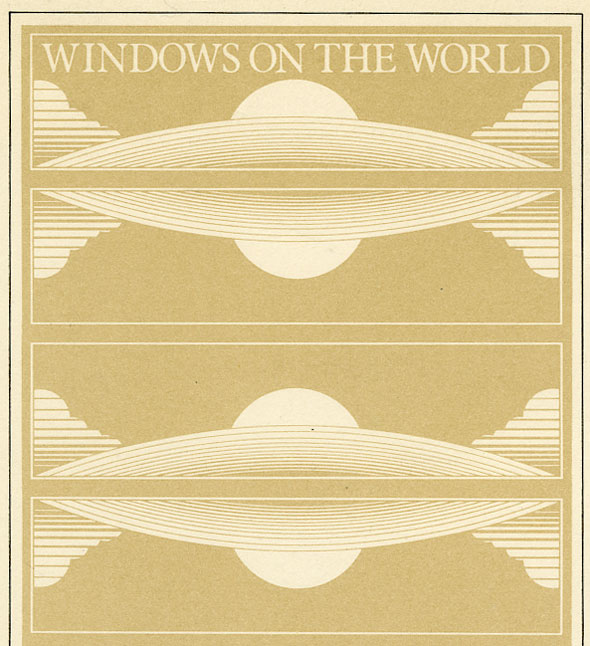 Along with the menus, Glaser also designed sun and moon-motif china in sharply-outlined blue and banana — which now survive at the Smithsonian. (See pictures here.) On the 107th story of the World Trade Center, WOTW’s view was legendary and it commanded sky-high prices; their combination resulted in the highest-grossing restaurant in the world. The fare seems suspiciously eclectic to today’s eyes: sushi, “Indonesian pork saté,” Leverpostej (Scandanavian pork liver paté), guacamole and “James Beard’s chicken hash” on the same menu. 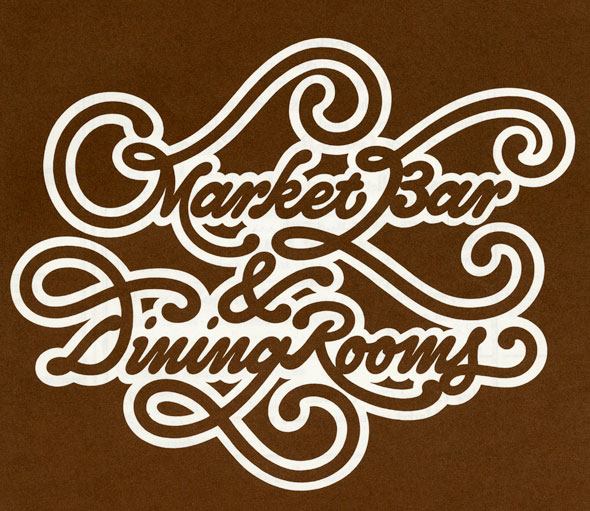 A more casual meal was available on the concourse at the Market Bar and Dining Room located alongside the Big Kitchen market. It featured a prescient “market-driven” menu (which, like many New York restaurants today, fussily listed the provenance of its meat and produce). A rustic, steak-house sort of place serving chops, clams, “Fulton Market seafood stew” (hmm), and an apple strudel with rum berries. The menu also notes that their matches and ashtrays are “up in sets for sale.” Sadly we didn’t end up with any of these, but here’s a photo, courtesy of the Nestlé Library at the Cornell School of Hotel Administration: 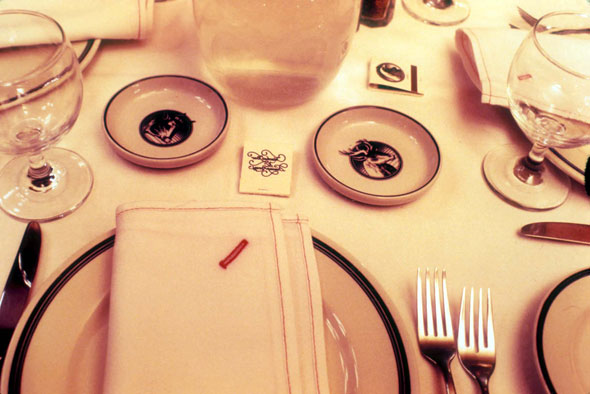 Place setting at the market bar, photograph courtesy of the Nestlé Library.

The animals on the ashtrays (portraits of your prospective meal) also decorated glass screens at the restaurant and ran along the top of the menu: 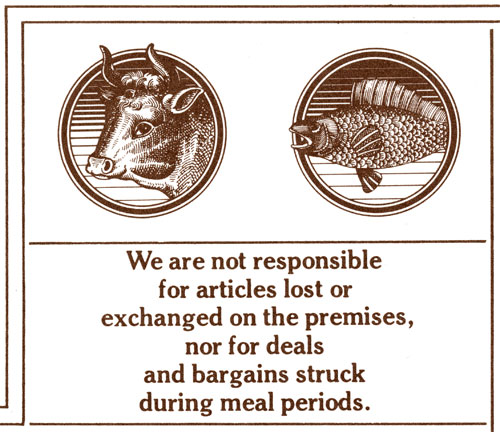 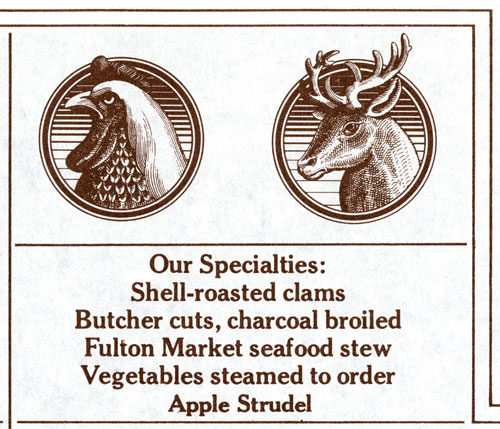 That’s a fierce-looking chicken. Maybe he’s about to be stuffed with breast of veal and mushroom risotto (courtesy Long Island Beef Co., $11.25). The Club at the World Trade Center looks and sounds a lot more prosaic, but hey at least it wasn’t underground. It featured much the same menu but without the farmer’s-market pomp. Additionally, Club-goers could enjoy the International Cook’s Table, which at opening featured “Indonesian Specialties prepared by Bambang.”

Lowest — in terms of both altitude and price — was the Teli Deli, whose logo anthropomorphized a telephone and gave the digits in the same type as the name. 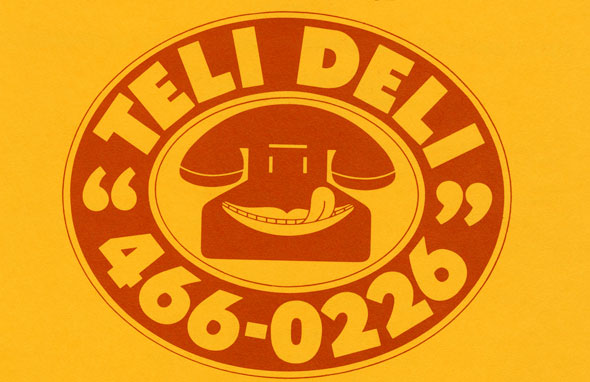 Their summer menu for workers on lunch in 1975 was comfort food: fried chicken, hamburgers, Texas chili. “City Picnic Packs” which were wrapped to travel, contained a Boston Market-esque spread and came with suggestions for where to enjoy it (“Teli Deli’s outdoor strategists suggest: The South Street Seaport, Battery Park, the lofty platforms outside 127 John Street, Jeanette Park, City Hall Park, or the Staten Island Ferry”). But me, I think I’ll take the Fried Clam Roll with pickle mayo ($1.45 or only about five bucks). And maybe a fresh strawberry milkshake (eighty-five cents!).

Later adventures in Subseries G appearing here will take me to Kansas City and Hamburg.