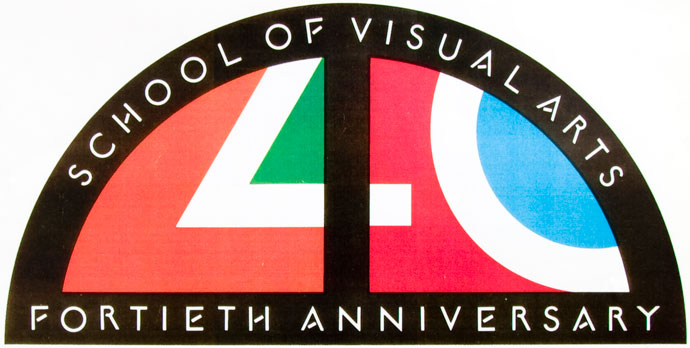 I don’t think anyone would generally associate Milton Glaser with minimalism, but when I recently revisited Frank Stella’s Protractor Series of the late 1960s, I couldn’t help but notice its influence on Milton Glaser’s 40th Anniversary logo for the School of Visual Arts, designed in 1987. Though necessarily lacking the monumental scale of Stella’s work, Glaser employs similar geometric abstraction in a way that is not typical of him (except, perhaps, in his early gallery announcements for the Visual Arts Gallery, which were designed in the mid-late 1960s and coincided with the emergence of minimal art). 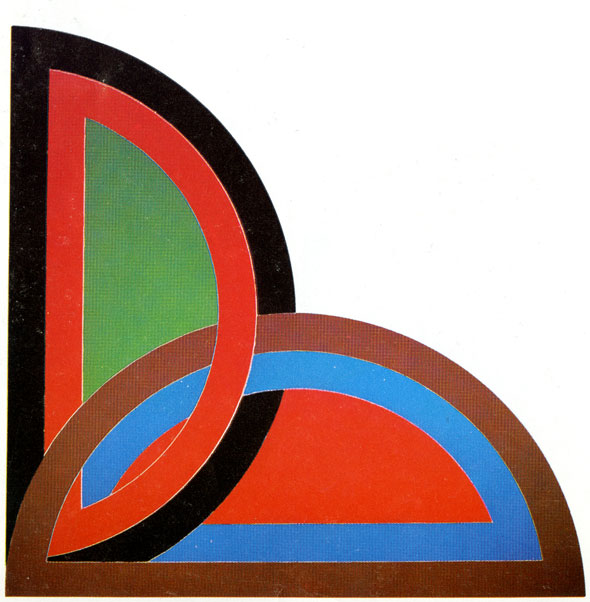 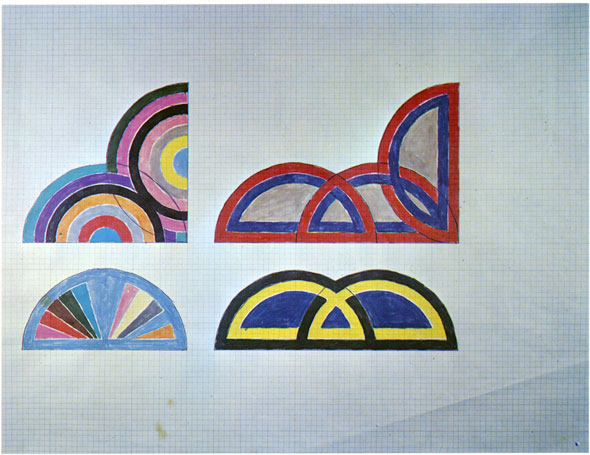 Frank Stella, Studies for Paintings (Sabra and others), 1965.

Glaser has, however, repeatedly experimented with illusionism, and I’m sure it was his hope that bored subway riders would try to pull the labels off his poster. 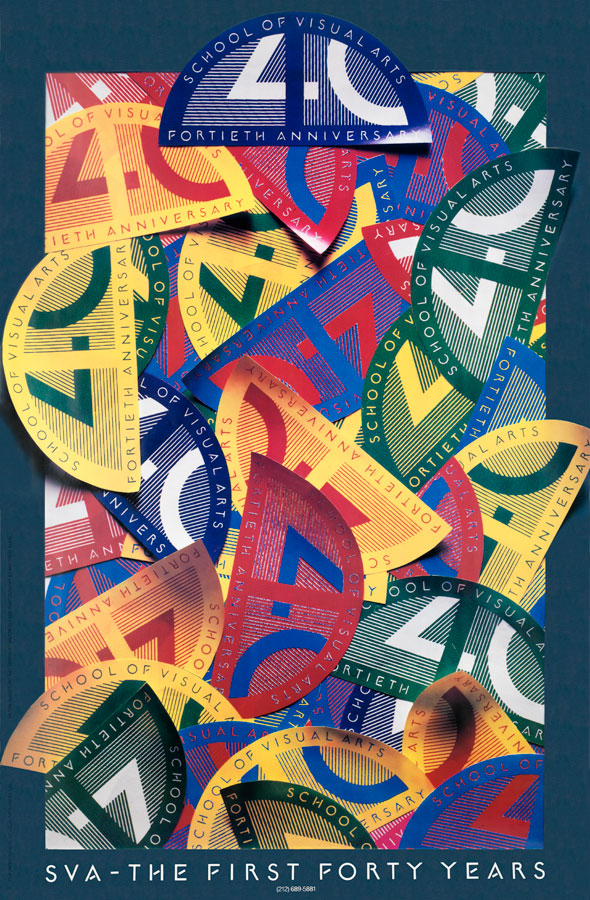 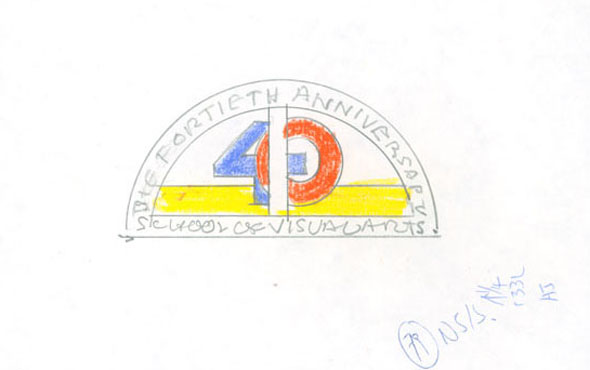 We have several preliminary sketches for Glaser’s SVA’s logo, including the one below, which trace his route to the semi-circle. 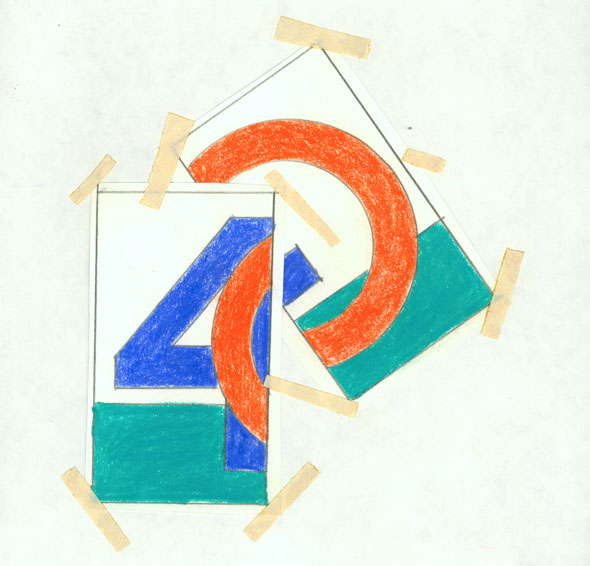