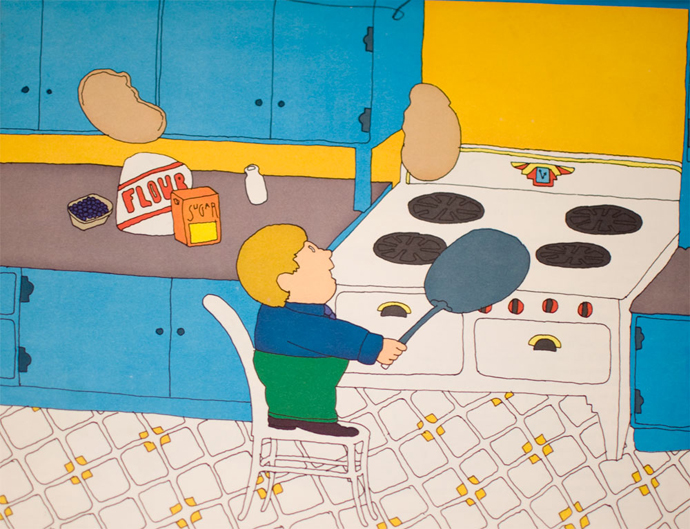 In 1971, Phyllis La Farge and Seymour Chwast collaborated on the children’s book The Pancake King, which described the rapid ascent of a young master of the griddle pan. It spoke of the joy of breakfast, the perils of fame, the importance of family and of maple syrup. More spreads from The Pancake King are viewable on Flickr (thanks to Norman Hathaway), and show Chwast’s dexterous use of scale and bleed between spreads, and tidily-set Bodoni. The book was included in AIGA’s Fifty Books of the Year.