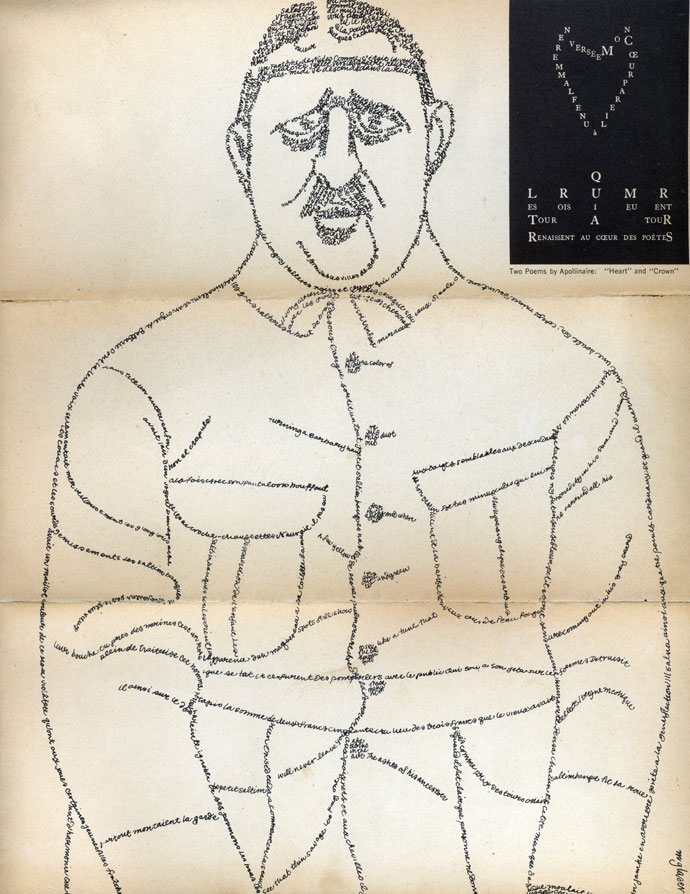 This piece comes from a personal favorite issue of the Push Pin Graphic, which was devoted to cubism and surrealism (see here for John Alcorn’s practical instructions on how to make a Dadaist poem, and here for Stanley VanDerBeek’s furniture people). The portrait of Apollinaire is composed of the words from his poems “Heart” and “Crown” and an homage to his concrete poetry, in which the typography and layout convey an essential part of the meaning of the poem (Apollinaire himself is credited with coining the term “surrealism”).

Surrealist imagery has always infused Glaser’s work; he later produced a series of lush watercolor drawings for a special four volume edition of Apollinaire’s writings from publisher André Sauret (Glaser illustrated volumes one and three (available in the archives), Jean-Michel Folon illustrated the other two). 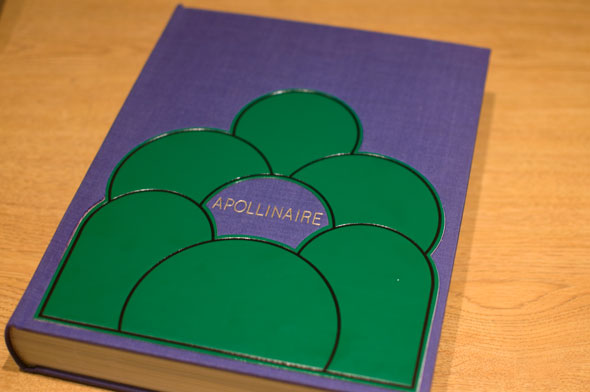 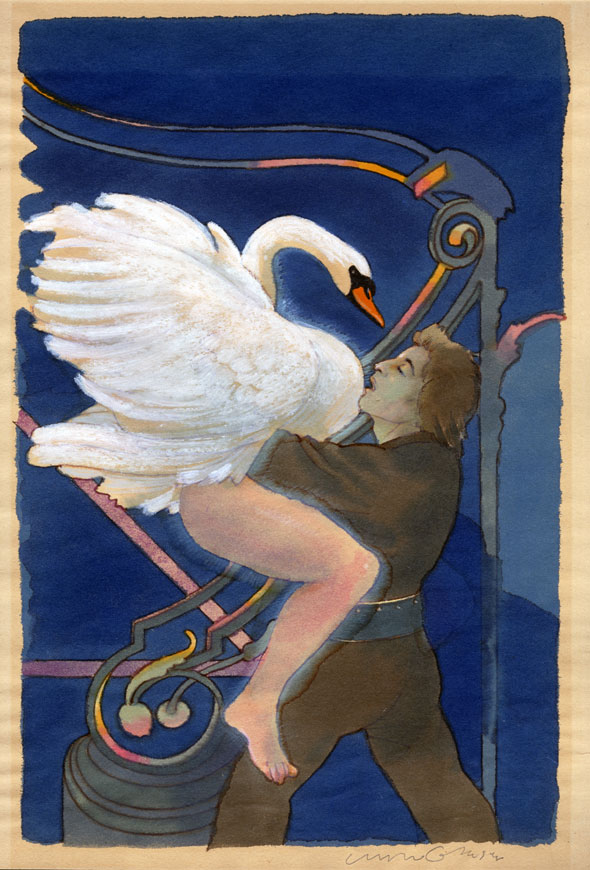 The set contains Caligrammes, a collection of Apollinaire’s concrete poetry first published immediately after his death in 1918 at age 38. 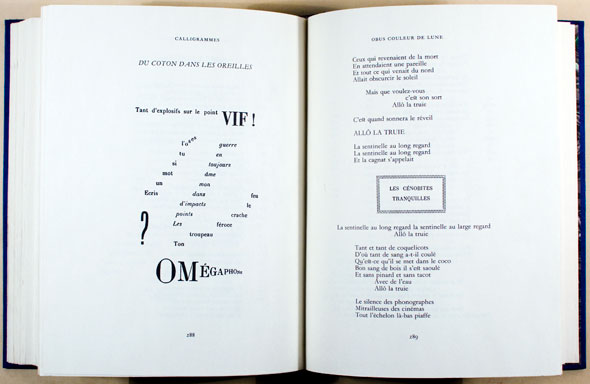 More than ten years after his Apollinaire portrait for Push Pin, Glaser abandoned the delicacy of visual poetry to take the concept in an entirely different direction with this 1968 poster for the Visual Arts Gallery. 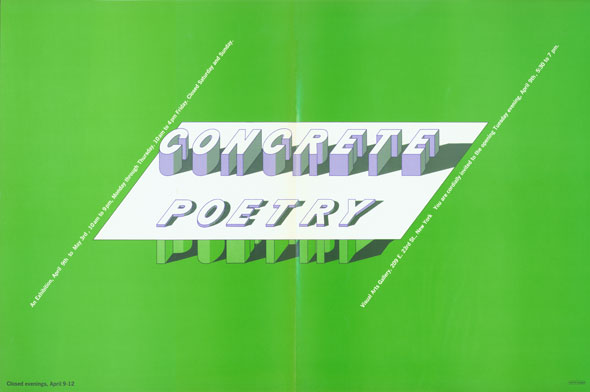