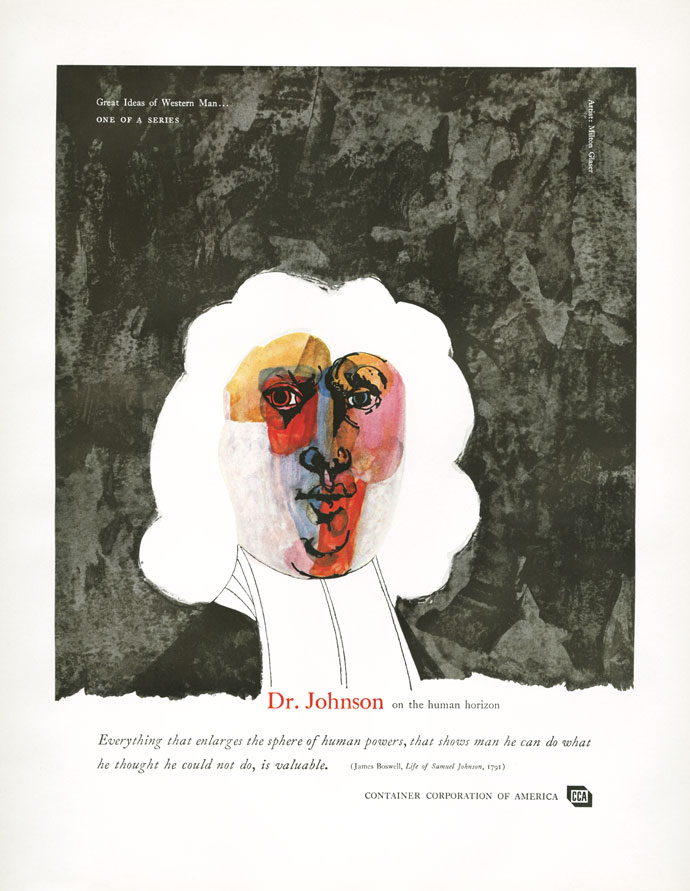 Container Corporation of America’s “Great Ideas of Western Man” advertising campaign was the brainchild of CCA’s longtime design consultant, Herbert Bayer. The series, which ran from 1950-1975, paired prominent modern artists and designers with quotes from philosophers, scientists and politicians. A very small CCA logo appears in each ad, though the placement and typography vary.

The groundbreaking ad campaign introduced the American public to artists they may never have encountered. CCA’s chairman, Walter Paepcke, was a great and early champion of design who understood the value of intelligent, consistent and progressive corporate communication.

Below, ads from Noel Martin, Robert Andrew Parker, Saul Bass, S. Neil Fujita and Bradbury Thompson. The Glaser ad comes from the Archives’ Milton Glaser Collection; many others can be found in the Visual Arts Library Picture Collection. 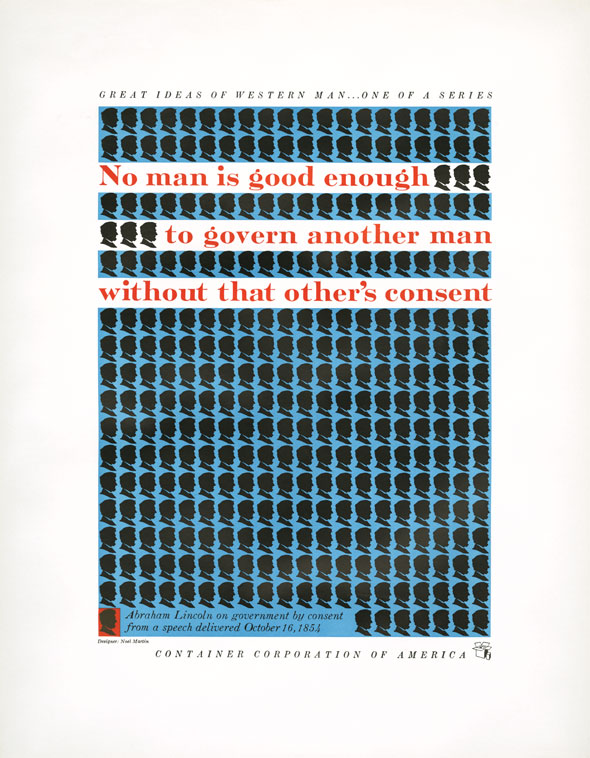 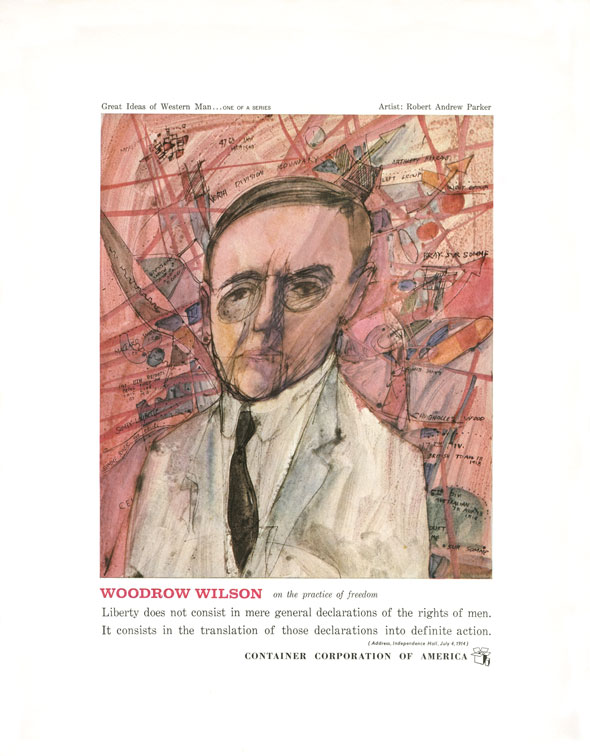 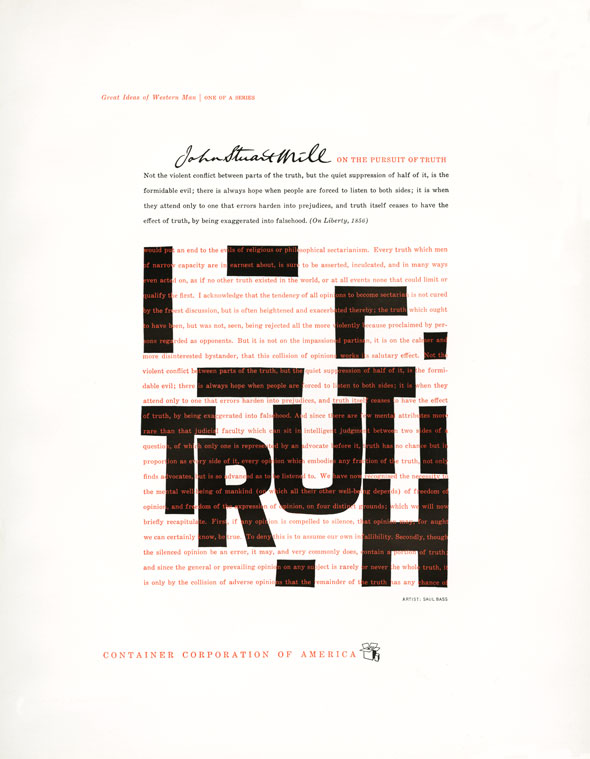 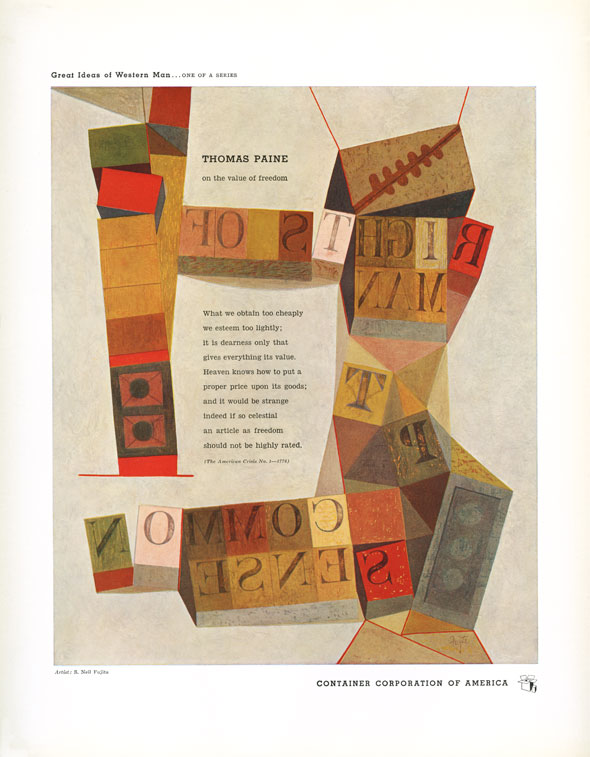 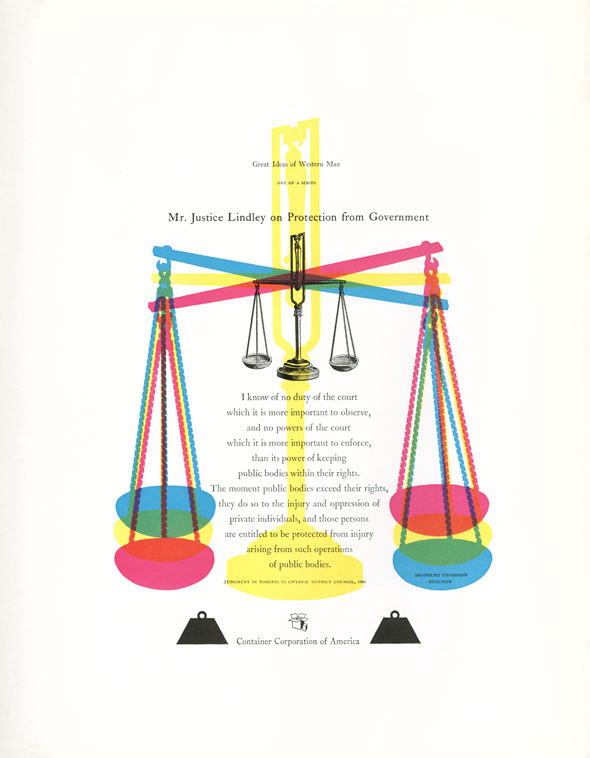