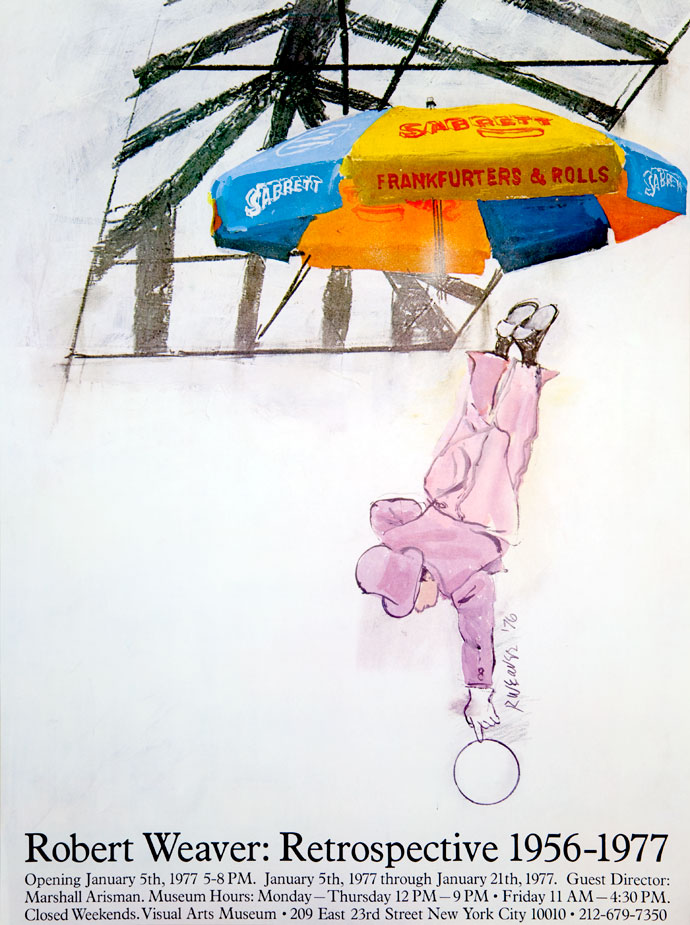 In 1984, Marshall Arisman, chair of the newly inaugurated SVA MFA Program “Illustration as Visual Essay”, asked long-time faculty member Robert Weaver to develop and teach a new drawing course. In the introduction to the November 1997 issue of drawing/sva, Arisman recounts what Weaver told him about his conception for the class:

“After World War II Ben Shahn startled me with drawings and paintings of very ordinary people sitting on park benches. They were not heroic, but rather harsh. I’d like students to draw from life, people who are not professional models…real people with real lives…who would talk to them while they drew.”

For the class, Weaver brought in “belly dancers, street musicians, window washers, actors who put on their stage makeup in front of the class, nuns, ballet dancers, fireman and any number of interesting, eccentric and ordinary people he met in his daily travels.” Arisman called his friend and colleague “the undisputed pioneer of contemporary expressive illustration” and the first issue of drawing/sva (edited by Paul Davis) was devoted to the lyrical work and legacy of Weaver, who passed away in 1994. 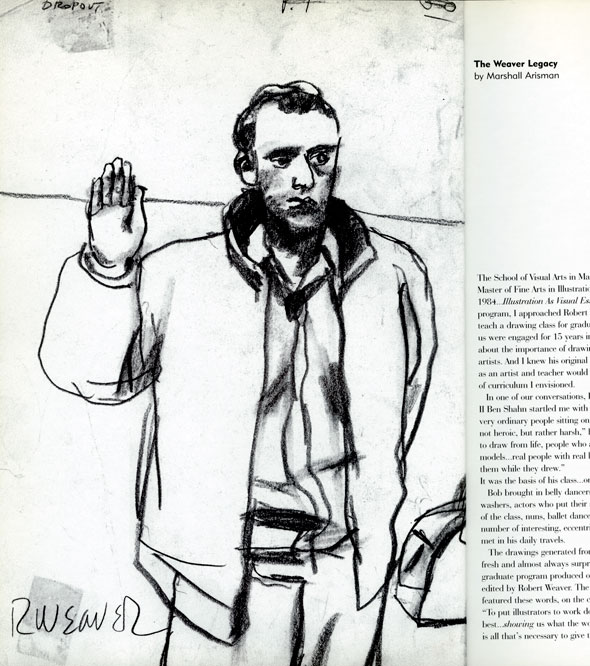 School of Visual Arts Collection: Page from drawing/sva, November 1997, an issue devoted to the work of Robert Weaver. 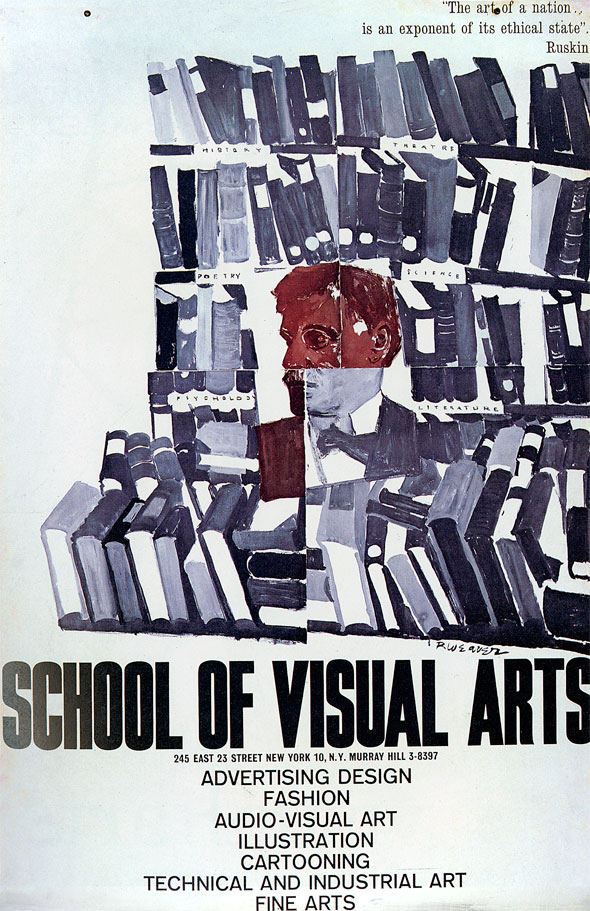 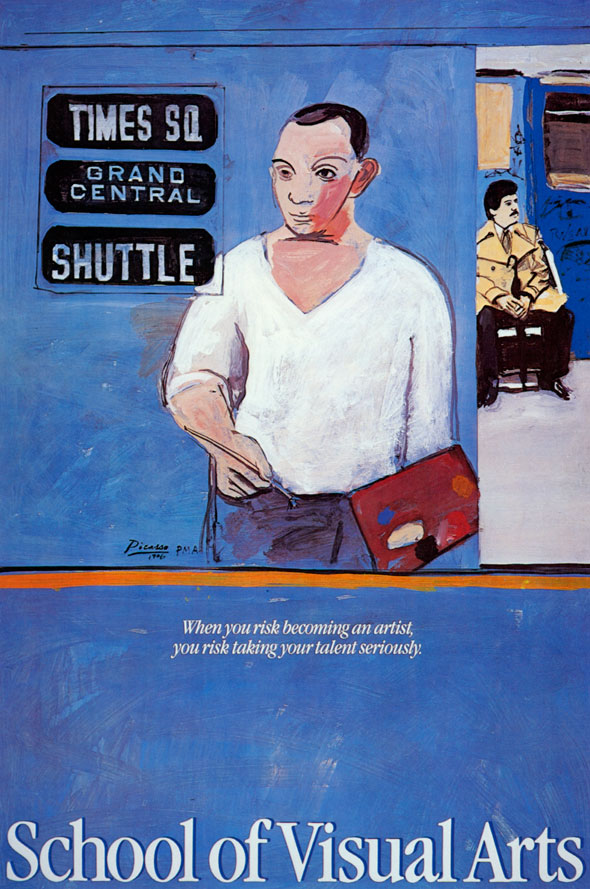 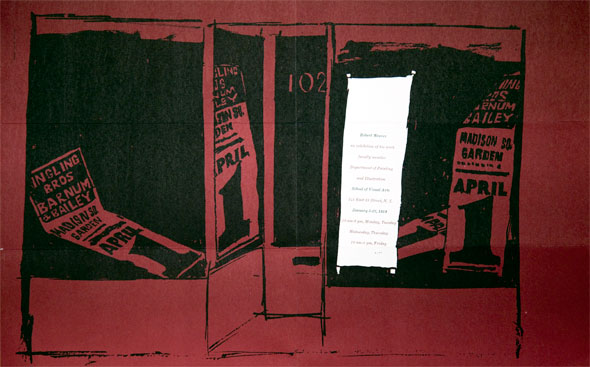 School of Visual Arts Collection: Poster for exhibition of Weaver’s work at SVA, 1959. 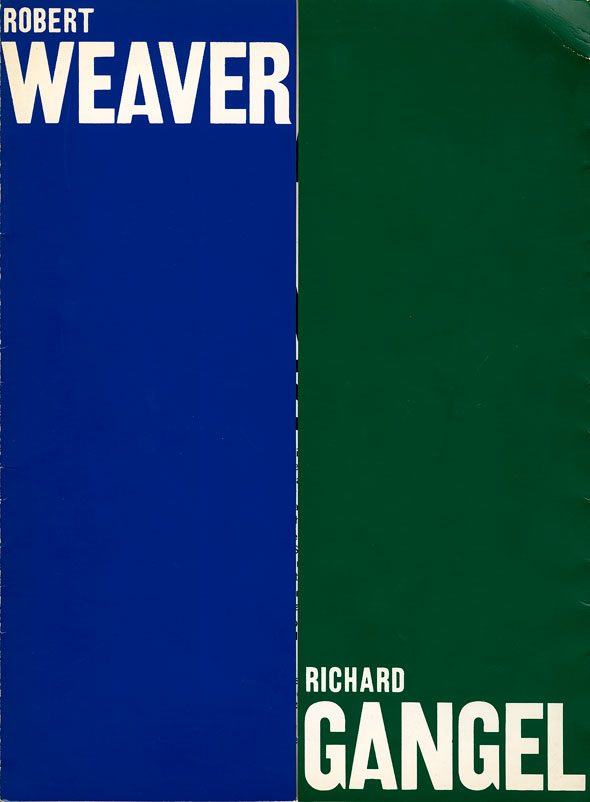 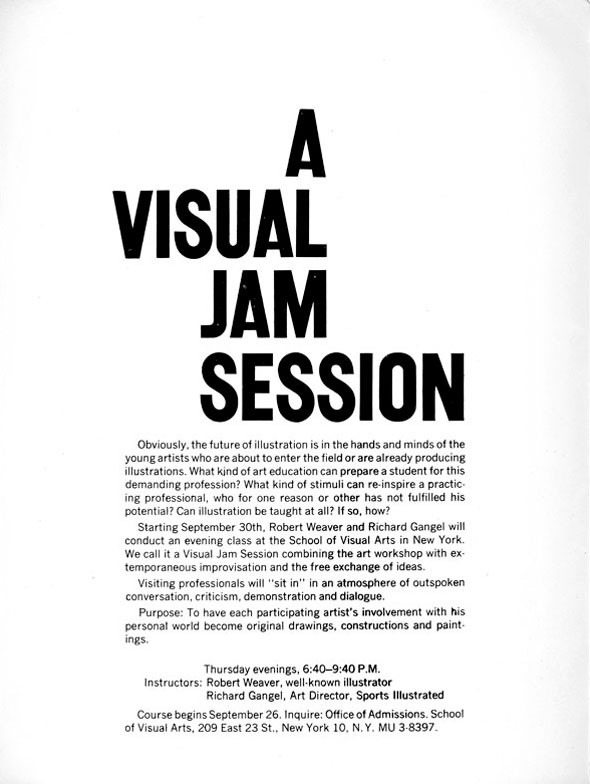